SOUTH EL MONTE, Calif. (KABC) -- A 19-year-old man has been arrested in connection to a fire at a tire shop in South El Monte that left three people dead early Saturday morning.

Anyone with further information on this incident was encouraged to contact the Los Angeles County Sheriff's Department's Homicide Bureau at (323) 890-5500. 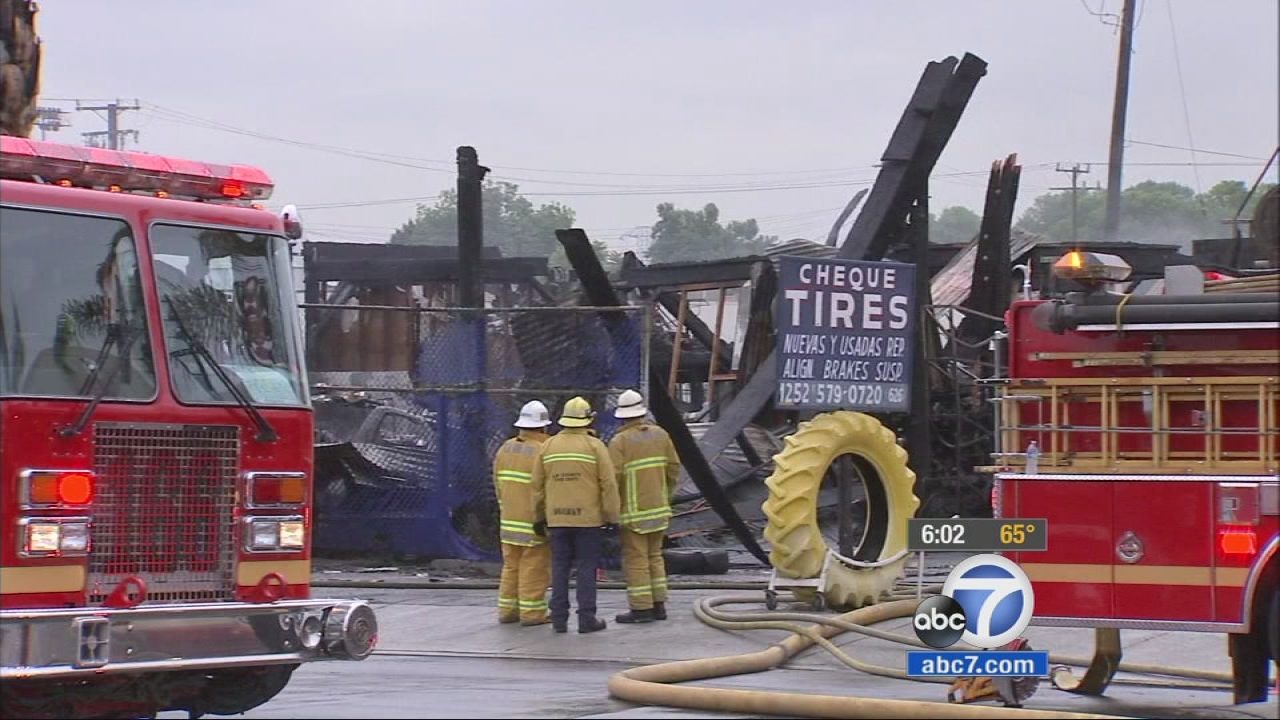