Tom Hanks urges people to wear masks, calls out those who don't: 'Shame on you'

One of the world's most famous COVID-19 survivors is urging people to "do your part" to help stop the spread of the coronavirus.
CNNWire 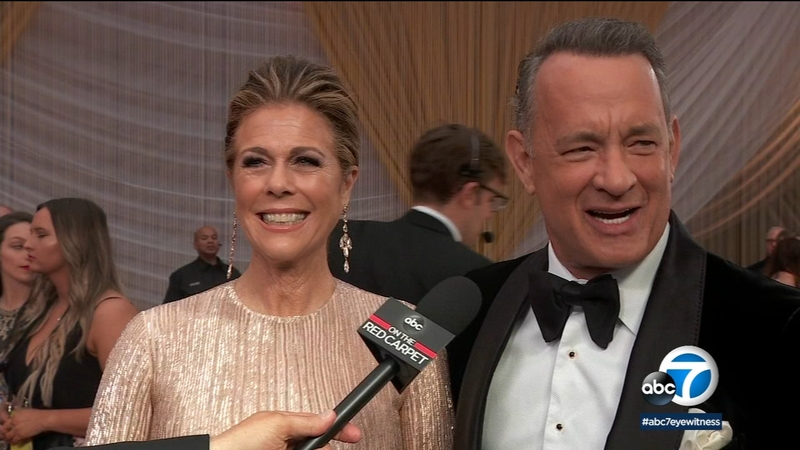 One of the world's most famous COVID-19 survivors has reportedly made his feelings known about those who don't wear masks.

Actor Tom Hanks and his wife, actress/singer Rita Wilson, were two of the first celebrities to announce they had contracted the virus and, according to People, Hanks is now urging people to mask up.

The magazine reports that Hanks talked about face coverings during a press conference for his movie "Greyhound," which debuts July 10 on Apple TV+.

"There's really only three things we can do in order to get to tomorrow: Wear a mask, social distance, wash our hands," he was quoted as saying. "Those things are so simple, so easy, if anybody cannot find it in themselves to practice those three very basic things -- I just think shame on you."

Hanks and Wilson were diagnosed -- and quarantined -- while in Australia in March.

He was there doing some pre-production on Baz Luhrmann's Elvis Presley film in which Hanks plays the singer's manager, Colonel Tom Parker.

Wilson had scheduled performances in the country in support of her album.

The couple recovered and returned home to the states, anxious to donate their plasma in the hopes of helping others.

Now Hanks is urging people to "do your part" to help stop the spread of the coronavirus.