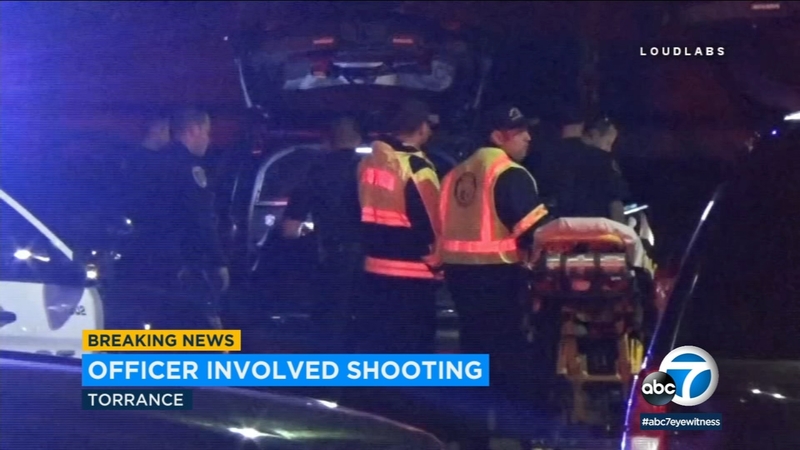 TORRANCE, Calif. (KABC) -- Officers shot and killed a stolen-car suspect they say was armed with a rifle in the parking lot of a Ralphs in Torrance.

The incident began shortly before 8 p.m. when a man flagged down Torrance officers and said his vehicle had been stolen.

The officers canvassed the area and found the vehicle in the parking lot of a Ralphs supermarket on Carson Street.

They say they encountered a man with a rifle in the vehicle. In the confrontation with the suspect, officers opened fire. He was struck and killed at the scene.