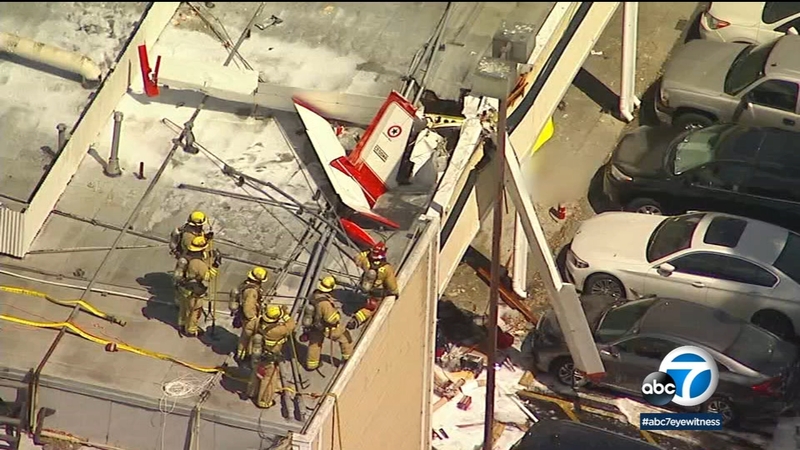 TORRANCE, Calif. (KABC) -- One person died and another was seriously injured after a single-engine Cessna crashed on the roof of a building near Torrance Municipal Airport, officials said.

The plane crash was reported around noon Thursday in the 25300 block of Crenshaw Boulevard.

FAA officials said the Cessna 177 crashed less than a mile east of the Torrance airport shortly after departing.

There were two men on board the plane. One was declared dead at the scene and the other was transported to a local hospital with serious injuries.

The plane crashed on the roof of a building at a busy shopping plaza at Crenshaw and Pacific Coast Highway. Witnesses reported hearing a loud crash.

"You could hear the noise and then all you could hear was the big thump when it hit the building," said Jesse Ortiz.