'Toy Story 4:' Who is Forky? Meet the new characters from the movie 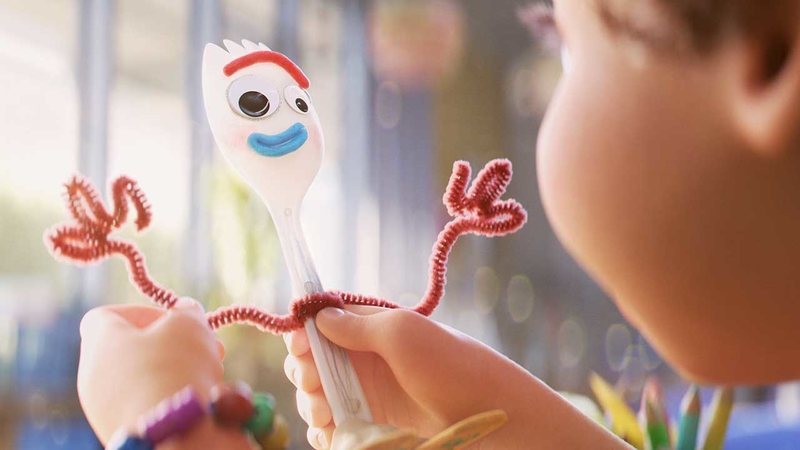 "Toy Story" is back this weekend with a new story, familiar faces and new toys, including one who insists he is not a toy at all.

Here are the new faces you need to know heading into "Toy Story 4."

Forky -- a plastic spork that Bonnie turned into a craft project -- was not meant to be a toy. Because he's new, he has a lot of questions and needs things explained.

Forky believes that he was destined for the trash, a sentiment that voice actor Tony Hale likened to his feelings about joining such a legenedary franchise with the likes of Tom Hanks and Tim Allen.

"I have kind of the same imposter theory that Forky does," he told WLS-TV, "Why am I here? I'm with legends. This is a legendary franchise. Did they make a mistake? Why am I here?"

Despite his personal feelings about his destiny, Bonnie adores Forky. If all the merchandise that's already available is any indication, kids will, too.

Duke Caboom is the most spectacular daredevil Canada has ever seen, at least according to his commercial. But according to voice actor Keanu Reeves, he also has a lot of heart. And, as we've learned from the trailers, one of his favorite activities is striking poses.

And in case you're wondering how to say his name, Reeves said, "You can't just say 'Duke Caboom.' It's like, 'Duke CaBOOM.'"

Bunny and Ducky
Voiced by Jordan Peele and Keegan-Michael Key


Dynamic comedy duo Jordan Peele and Keegan-Michael Key are back together as the voices of Bunny and Ducky.

"I don't really want to describe it. It's just magic," Key told "Good Morning America" of working with his old friend again.

The pair are carnival prize toys and they are unafraid to speak their minds, even about the film itself. After Pixar released the first teaser trailer last year, they also released a "reaction" video with the two characters giving their two cents about the film.


Gaby Gaby is a vintage doll with dubious intensions who might give you the heeby-jeebies. But the actress who voices her, Christina Hendricks, wants fans to withhold judgment until the end of the movie.

"It's one of those stories where, if you knew her situation, knew where she came from, you'd understand her," she told KABC-TV at the premiere. "Even Woody wants to help her."


Since we last saw Bo Peep in "Toy Story 2," she's met quite a few new toys. Her best friend now is Officer Giggle McDimples, a cop who is tiny in size but big in personality.

"Toy Story 4" hits theaters Thursday with the return of an old and one new faces, but one is not quite a toy.

Speaking of Bo Peep: while she's not a new character, you might need a reintroduction. In "Toy Story 4," we'll see a whole new side of the classic character.

"She's been given up, given away, sat on a shelf, freed herself and now she's sort of homeless but not helpless," Annie Potts told WLS-TV. "She has roared into her new transformed self in love and acceptance with humor and grace and a can-do attitude. What's not to love?"