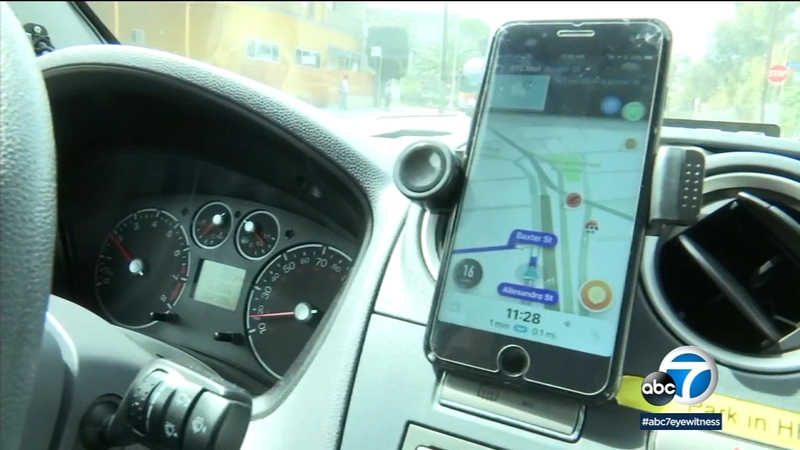 LOS ANGELES (KABC) -- Norma Newman is one of many frustrated residents who lives along one of the shortcuts Los Angeles drivers use to avoid rush hour traffic. City hall has heard their complaints and is working on a solution.

Newman, who's lived in Echo Park for 40 years, said "I think periodically somebody goes online and says there's this great shortcut. No, there isn't!"

Council members Paul Krekorian and Paul Koretz are working on legislation that would have apps such as Waze stay away from streets that weren't designed to take on heavy traffic.

"A lot of these GPS applications have not given a bit of concern to the obvious impacts that they're having to the quality of life in neighborhoods and to public safety," Krekorian said.

During the Getty and Palisades fires, mobile apps were sending drivers where they shouldn't be going.
Koretz said cars "were directing people into Bel Air and they were in the evacuation zone. They were blocked by fire equipment and they were roaming around an area they were completely unfamiliar with...right into the fire areas."

The L.A. City Council has asked the city attorney to look into ways to work with the GPS apps to fix the problem. One thing they're looking into is to continue to allow the Los Angeles Department of Transportation data to be shared with the apps.

For Norma Newman and many others who are impacted by this, they're hoping something can be worked out.

"People are sometimes driving with two wheels on the sidewalk. It gets pretty intense," Newman said.