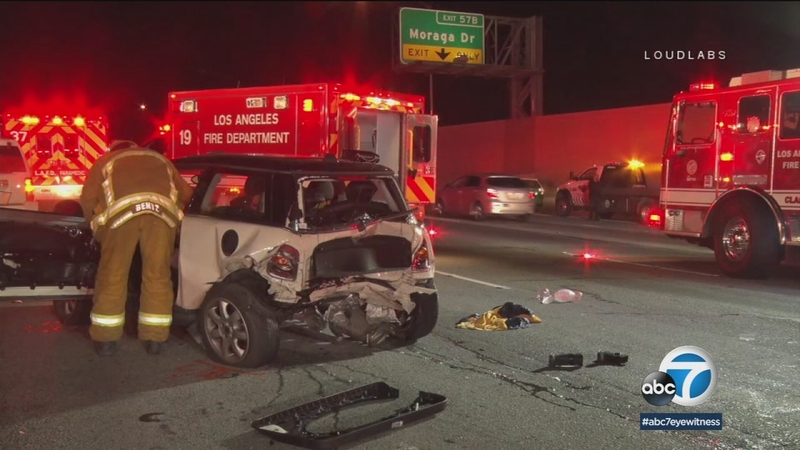 BEL AIR, LOS ANGELES (KABC) -- A 29-year-old woman died and two men were hospitalized after a car slammed into another car that was stopped in lanes on the 405 Freeway in Bel Air, authorities said.

The deceased victim, a Laguna Beach resident, was a passenger in a Mini Cooper when it stopped for unknown reasons shortly after 12:30 a.m. on the northbound 405 at Moraga Drive. A Nissan Sentra then struck the Mini, whose lights were out, at about 65 mph.

Firefighter-paramedics responded to the scene and transported three people to Ronald Reagan UCLA Medical Center, according to Amy Bastman of the Los Angeles Fire Department. Two of the patients were critically injured and the third was in fair condition.

The woman later died at the medical center, according to the California Highway Patrol. Her name was not immediately released.

The driver of the Mini was identified only as a 26-year-old man from Simi Valley. The driver and sole occupant of the Sentra was a 47-year-old Ventura resident.

The collision resulted in a Sigalert and the closure of the northbound side of the 405 for about two hours.