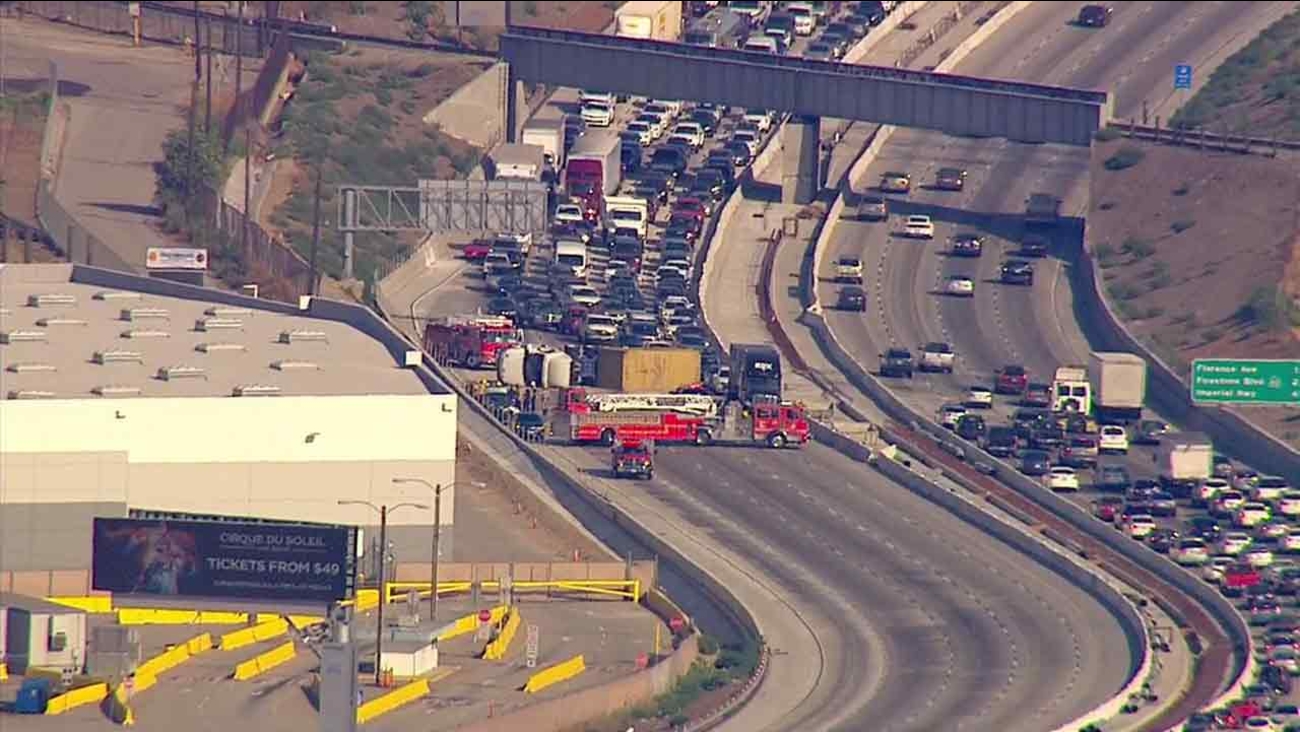 An overturned big rig blocks several lanes on the 710 North during traffic hour on Friday, June 24, 2016.

BELL, Calif. (KABC) -- All lanes were back open after a big rig blocked several lanes on the northbound side of the 710 Freeway in Bell during rush hour traffic Friday afternoon.

The crash was reported near the Atlantic Boulevard onramp just before 5 p.m., according to the California Highway Patrol.

The driver of the semi-truck was seen transported with unknown injuries.

Vehicles were seen backed up for miles during the evening rush hour until lanes were reopened shortly before 9 p.m.

^SIGALERT CANCELLATION IN BELL : NB I-710 SOUTH OF ATLANTIC -ALL LANES ARE NOW OPEN- REF LOG 3224