CHP is cracking down on speeding after seeing drivers going too fast on empty California freeways during the coronavirus pandemic.
KABC
By Carlos Granda and Grace Manthey
LOS ANGELES (KABC) -- The COVID-19 outbreak has changed many things about Southern California life. One of the most noticeable might be the traffic - or lack thereof.

But California Highway Patrol officers are looking out for drivers taking advantage of the empty roads.

"People think that the freeways are empty, that it's OK to speed because you're not going to hurt anybody," said CHP Officer Roberto Gomez. "But what ends up happening is the same vehicles are the ones that we see rolled over, they're crashing into the walls, they're facing the wrong way."

And while an ABC7 analysis of cellphone data from Descartes Labs shows a drop in the distances people are traveling from home in Southern California since the COVID-19 outbreak, some seem to be venturing out more and more.

Across all five Southern California counties, people drove an average of 3.7 miles from home in March before the safer-at-home order. That dropped to just half a mile in April.

But this past Friday, May 1, the average went up to a mile and a half.

No matter how many people are driving on the road, Gomez and other CHP officers are on alert because of the high speeds.

"We're definitely out there, even though you might not see us from point A to point B," he said. "But when we light you up be aware we have zero tolerance."

If you drive more than 20 mph above the posted speed limit, you won't be able to go to traffic school. At more than 100 mph, get ready to pay a lot in fines.

"The judge has the authority to take your license for 30 days," said Gomez. "Not to mention if CHP ends up impounding your vehicle you're also going to pay that fee. That's about $2,000 plus the citation cost. And if you get two points on your record, which is what you get when you go over 100, your insurance rates are going to go up."

CHP officers also stressed that drivers going these speeds could lose control even with the slightest mistake, and that it's reckless and dangerous, especially as more people start to venture out onto the SoCal freeways.
Report a correction or typo
Related topics:
trafficsouthern californiadata journalismcoronavirus californiacoronavirusspeedingtrafficcovid 19 pandemiccovid 19 outbreakcovid 19
Copyright © 2020 KABC-TV. All Rights Reserved.
TRAFFIC 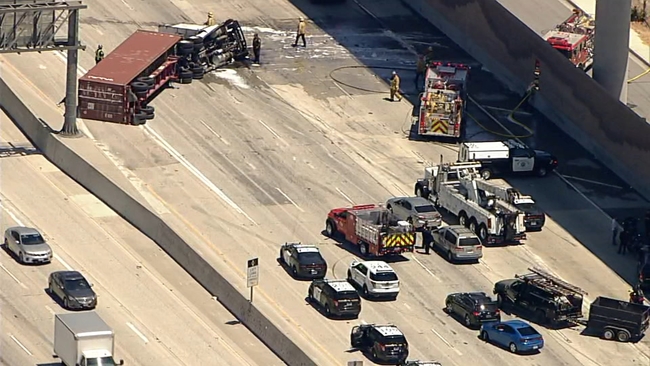 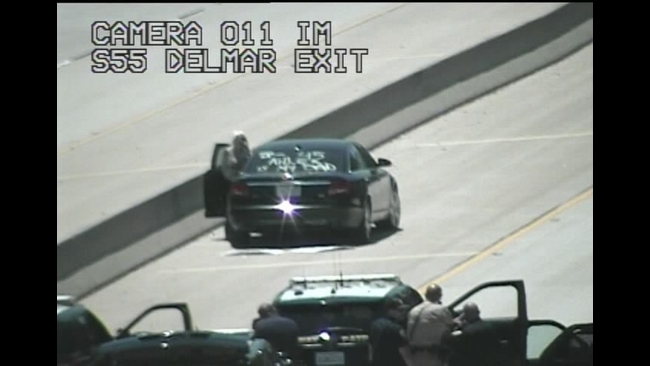