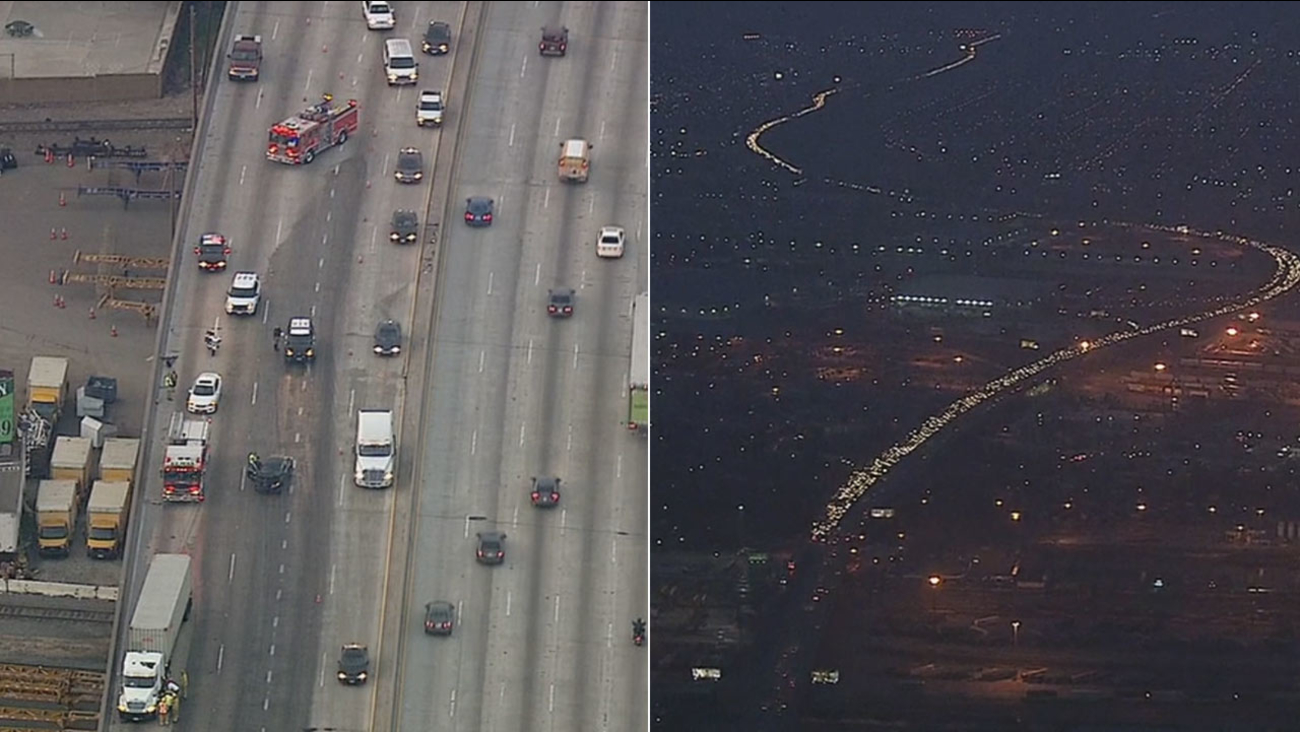 A crash involving a car and a big rig closed multiple lanes on the northbound 710 Freeway in Commerce on Thursday, April 14, 2016. (KABC)

According to the California Highway Patrol, a Honda Accord and a big rig crashed around 5:30 a.m. near the Washington Boulevard exit.

There were no immediate reports of any injuries. Authorities said the crash caused the big rig's fuel tank to rupture, and about 100 gallons of fuel spilled onto the roadway.

All lanes were briefly closed, but the far left lane was opened. Though cars were able to squeeze through, traffic was backed up for miles. The drive was slow from the 105 Freeway.

All lanes were back open began by around 8:50 a.m., according to the CHP.