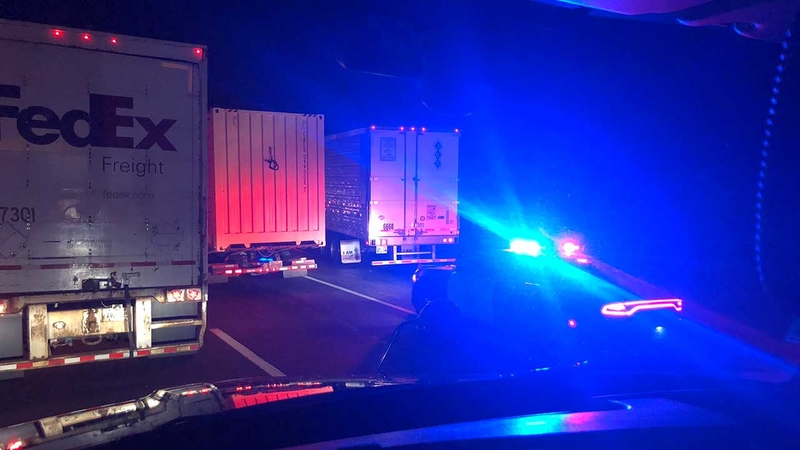 The collision was reported shortly after 3 a.m. just south of the 138 Freeway interchange, according to a CHP incident log.

The first big rig lost its payload of hay bales onto the interstate before it was struck by the second vehicle, the Highway Patrol said.

And please leave the shoulders clear for emergency vehicles and 1st responders!! pic.twitter.com/nLx9Gxw5qy

It was unclear if any serious injures were reported.

Northbound traffic was diverted at Parker Road in Castaic before all lanes reopened just after 10:30 a.m.

Three right lanes were closed at 138 Freeway, with traffic being funneled to one left lane, according to Caltrans.