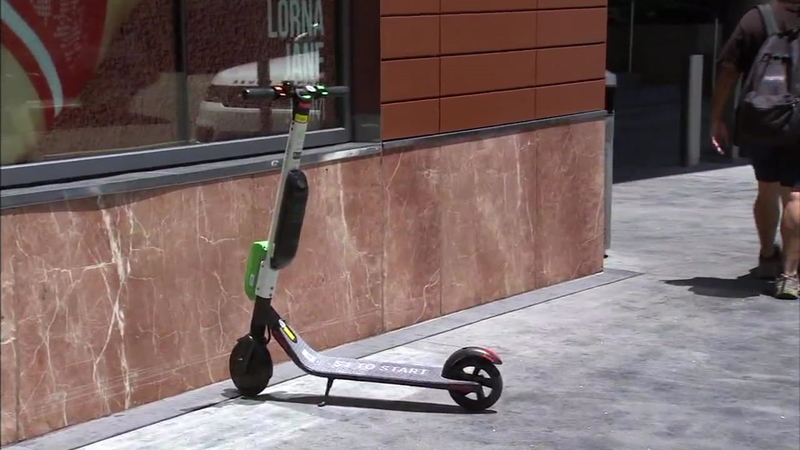 They've been trashed, thrown into the ocean, even burned in places like Santa Monica and Venice. Beverly Hills and West Hollywood have even banned the dockless scooter rentals.

The reason? Riders are upsetting pedestrians by using the zippy scooters on sidewalks and littering neighborhoods with the drop-anywhere devices.

That is why the city of Pasadena is considering new scooter rules before Lime, Bird or any other electric scooter sharing company begins offering service there.

"New regulations would have to be formed before we move forward," said Pasadena spokeswoman Lisa Derderian. "Whether it be scooters or other dockless bike programs, these are things that we will be looking into."

Derderian said Pasadena is looking for ways to solve the "last mile" problem that plagues mass transit -- riders avoiding buses or trains because they don't drop off close enough to their final destinations. The scooter rentals could close that gap.

"We have many public transit stops - be it Metro, Gold Line or buses," she said. "We want to find a way people can get within a few blocks or a few miles to their destination."

Over the past year, Pasadena had been using Metro rental bikes as an option for bus and train commuters, but no longer. Derderian said the bikes were not very popular and the city had been paying more than $100,000 a month for the program, so Pasadena recently ended it.

"The bikes were removed this week," Derderian said. "They weren't being used as much as we thought they would be and because of the cost we did stop our agreement with Metro."