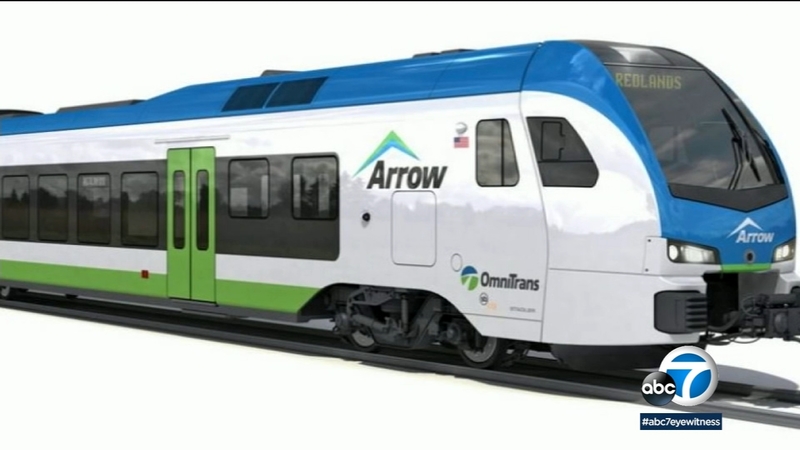 REDLANDS, Calif. (KABC) -- It's been several years since a train has rolled through downtown Redlands, and even longer since the old Santa Fe Depot has been used as a train stop. That's all about to change.

"The train that used to come through was servicing package houses out on the east side of town and it moved very slowly," said former Redlands Mayor Carole Beswick.

"To see ground breaking and track installation and all the things that are happening right now is just thrilling," said Beswick.

Construction is already underway on the 9-mile Arrow Line corridor that will connect Redlands with the San Bernardino Transit Center and points beyond, with 25 daily round trips.

"Basically what we are doing is restoring rail service that use to run around the East Valley here," said Ray Wolfe, Chief Executive with San Bernardino County Transportation Authority.

There will be a total of five stops on the line. The downtown stop offer commuters rail service to Los Angeles on a Metrolink.

"The idea now is to open up the East Valley from the University of Redlands, downtown Redlands, the Esri campus, to all of Southern California via transit," said Wolfe.

The improved rail line will also feature new technologically advanced rail cars, which have the ability to be the first zero-emission train in the country.

"This vehicle type is lighter and more fuel efficient, which translates to cost savings in operations, as well as in maintenance," said Wolfe.

The Arrow Line is expected to be up and running by 2021.
Report a correction or typo
Related topics:
trafficredlandssan bernardino countytraveltransportationtrains
Copyright © 2021 KABC-TV. All Rights Reserved.
More Videos
From CNN Newsource affiliates
TOP STORIES