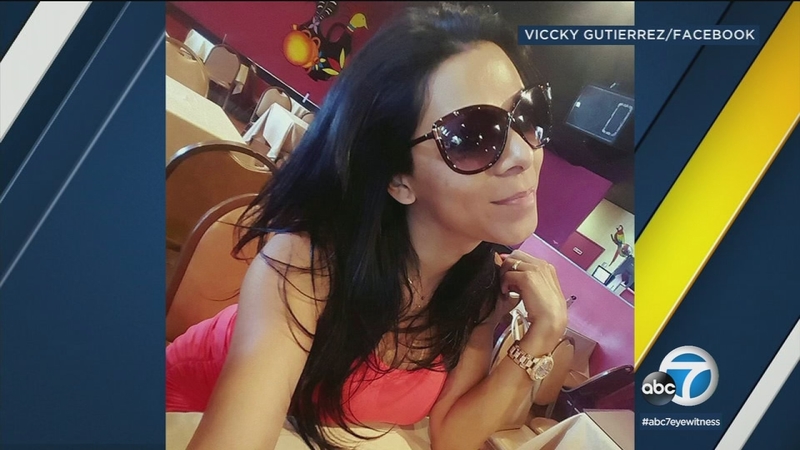 PICO-UNION, LOS ANGELES (KABC) -- A transgender woman was killed in what authorities are calling a suspicious Pico-Union area house explosion.

ABC7 was led up the stairs to the apartment where flames broke out early Wednesday morning.

The back door is boarded up, but Oscar Manzano said the door was open when he tried waking everyone up to get them outside.

"We came here telling the people to get out 'cause they were still inside. I told them, 'get out,'" he recalled.

But Viccky Gutierrez and her small dog were still in her upstairs apartment.

"My wife said, 'don't go, it's about to explode,' and then I was making a few steps and that just exploded," Manzano added.

Manzano lives next door, along South New Hampshire Avenue, with his young family and said he didn't know Gutierrez very well. He said he did know that she had experienced problems in the neighborhood before her death, adding that someone spray-painted slurs on the front of her former apartment because she was transgender.

A friend of the victim said she grew up with Gutierrez in Honduras. Speaking only Spanish, she told ABC7 her friend had been in the U.S. for three years and was married to a man who worked in the Bay Area and traveled back and forth.

Placed near more than a dozen lit candles was a handmade sign. In Spanish, a friend gave thanks for Gutierrez' friendship, saying she will be remembered forever.