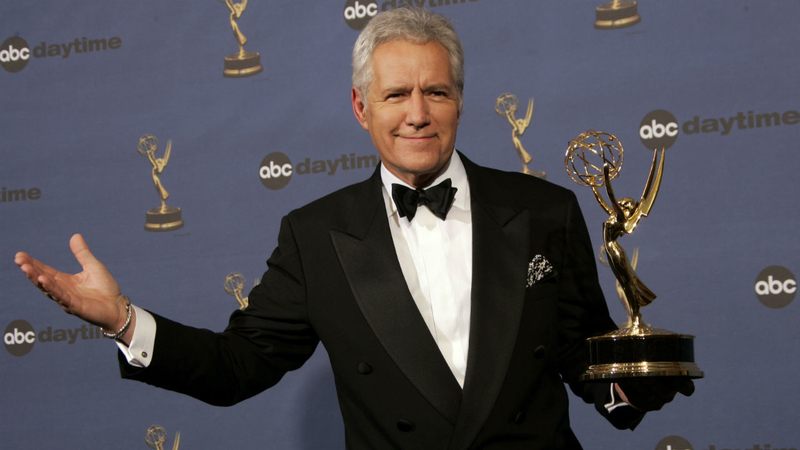 NEW YORK -- "Jeopardy!" returned on Monday night with a powerful tribute to beloved host Alex Trebek the day after his death.

Executive producer Mike Richards opened the show Monday night with a message to the audience about the legendary host.

"This is an enormous loss for our staff and crew, for his family, and for his millions of fans," Richards said. "He loved this show and everything it stood for."

He revealed that Trebek filmed his final 35 episodes less than two weeks ago.

"He will forever be an inspiration for his constant desire to learn, his kindness, and for his love of his family," Richards said.

The executive producer said "Jeopardy!" will air the final 35 episodes as they were shot, because that is what Trebek would have wanted.

"On behalf of everyone here at 'Jeopardy!' thank you for everything Alex," Richards said, holding back tears, as he introduced the episode.

Trebek died on Sunday at the age of 80 after his open and public battle with stage 4 pancreatic cancer.

He presided over the beloved quiz show for more than 30 years and was a master of the format, engaging in friendly banter with contestants and appearing genuinely pleased when they answered correctly.

He won seven Daytime Emmys for his work on the show and received a lifetime achievement Emmy award in 2011.

Trebek had served as the face of the game show since its debut in daytime syndication in 1984. With more than 8,200 episodes under his belt, he holds the Guinness World Record for Most Game Show Episodes Hosted by the Same Presenter.