Hacienda Heights murder: Victim's grandmother says she reached out to authorities about abuse 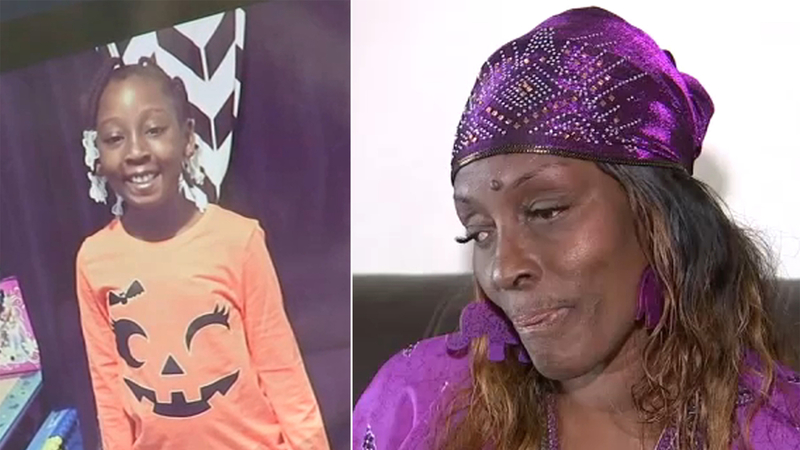 LOS ANGELES (KABC) -- The grandmother of Trinity Love Jones, whose body was found on a Hacienda Heights hiking trail, spoke exclusively with Eyewitness News about why she thinks authorities could have done more to stop the child from being abused.

Diana Wilson, 61, is grief stricken, preparing to bury her 9-year-old granddaughter. As if saying goodbye isn't overwhelming enough, knowing her sweet Trinity was murdered is too much to bear.

Wilson said she knew her granddaughter was being abused. She blames her daughter's boyfriend for mistreating and killing the child, whose body was found in a duffel bag, tossed on a brushy trail in Hacienda Heights.

Detectives made the gruesome discovery back on March 5. The child's mother, Tequesta Graham, was already on parole for an unrelated crime, and her boyfriend, Emiel Hunt, was charged with murder in the 9-year-old girl's death.

The mother of Trinity Love Jones, the girl whose body was found on a Hacienda Heights hiking trail, has been booked as the second suspect in her murder, sheriff's deputies said Monday.

When asked what she would say to her granddaughter, Wilson said, "Trinity, Nonnie never forgot you, Nonnie was there, Nonnie was crying out because I know my grandbaby was saying, 'Nonnie, where are you?'"

Eyewitness News spoke with the Director of the Los Angeles County Department of Children and Family Services about Diana's claim that she begged for the department to get involved and help her granddaughter.

"We have searched hours and hours worth of tapes. We have looked at every electronics system that we have in the Department of Children and Family Services, and the only call that we can locate is one that took place in 2011... We found the child to be happy, healthy, well-nourished. We found no signs of any kind of abuse or neglect. There were no marks on the child's body," said director Bobby Cagle.

Meantime, tears are flowing nationwide for little Trinity. People are heartbroken a precious child was discarded like trash.

"I need my daughter Tequesta to know we love her, and she has our support " Wilson said.