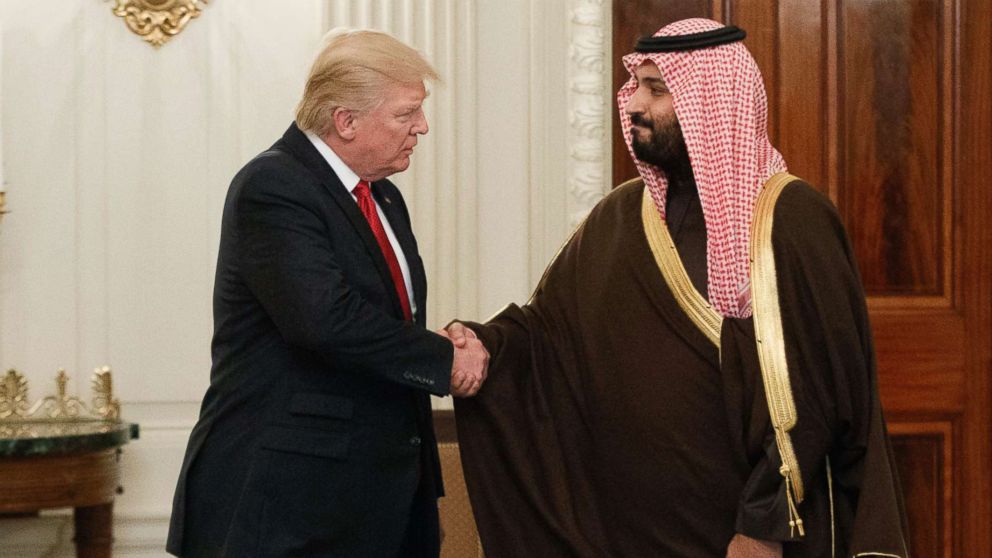 ABCNews
By CONOR FINNEGAN
The Trump administration approved two nuclear technology transfers to Saudi Arabia after the murder of Washington Post columnist Jamal Khashoggi, according to Democratic lawmakers who reviewed documents related to the deals, which they oppose.

The news Tuesday is the latest outrage for Congress, which has grown increasingly frustrated with the Saudis and especially President Donald Trump's defense of the kingdom after its war in Yemen and Khashoggi's brutal slaying by Saudi agents inside its consulate in Istanbul.

In particular, lawmakers have expressed concern about Saudi Arabia's pursuit of nuclear weapons and a lack of oversight on these agreements. But much of the ire also is focused on the Trump administration for moving ahead on high-level deals with the Saudis after a U.S. resident was murdered.

"The alarming realization that the Trump administration signed off on sharing our nuclear know-how with the Saudi regime after it brutally murdered an American resident adds to a disturbing pattern of behavior," Sen. Tim Kaine, D-Va., said in a statement that condemned "President Trump's eagerness to give the Saudis anything they want, over bipartisan congressional objection."

These authorizations, known as Part 810s, are required for U.S. companies to export nuclear technology or to help develop nuclear facilities or material in foreign countries. Under Secretary of Energy Rick Perry, the Energy Department has approved seven such agreements, with the first inked in December 2017.

While they're often open to public review, none of these seven have been. The administration said that's at the request of the companies involved in order to protect trade secrets, but it's unclear what trade secrets would be exposed by at least notifying Congress of deals' existence and agreement dates.

The first deal approved after Khashoggi's killing was a little over two weeks after he went into the Saudi consulate and just one day before the Saudis admitted he was dead. At that point, the Trump administration was urging caution, and Secretary of State Mike Pompeo called for a "complete investigation" into his "disappearance."

The second was approved four months later, after Republicans and Democrats publicly questioned America's relationship with the Saudis, passed legislation to blame Crown Prince Mohammed bin Salman for Khashoggi's killing and demanded legislation to put more pressure on Riyadh. In response, however, Trump reiterated his support for the relationship, and Pompeo dismissed congressional concern as "Capitol Hill caterwauling" and a "media pile-on."

Lawmakers had been demanding details of the agreements for months, but it was only after Sen. James Risch, the Republican chair of the Senate Foreign Relations Committee and a Trump ally, made an "explicit directive" that the Energy Department complied, according to Kaine.

"It is clear that the only reason the Trump administration withheld this information for so long was to hide what it was doing and escape Congressional oversight," Sen. Ed Markey, D-Mass., said Tuesday. "The Trump administration appears determined to befriend the Saudi regime and ignite a potentially disastrous Middle East nuclear arms race."

That fear of a nuclear arms race is driven in part by Crown Prince Mohammed's comments to CBS News last year that he'd pursue a nuclear weapon if Iran obtained one.

Perry previously has defended U.S. partnerships in civilian nuclear programs with countries including Saudi Arabia by saying it's preferable the U.S. rather than China or Russia be involved and have a window into these programs.

"I can assure you that those two countries don't give a tinker's damn about nonproliferation," he told the Senate in March. "It is very, very important for the world, for the Middle East, for the U.S. to be the partner in as many of these developmentive civil nuclear energy programs as we can be."

Kaine and Markey joined two Republican colleagues, Marco Rubio of Florida and Todd Young of Indiana, in proposing legislation in April to require the executive branch to disclose the relevant details of all 810 authorizations.