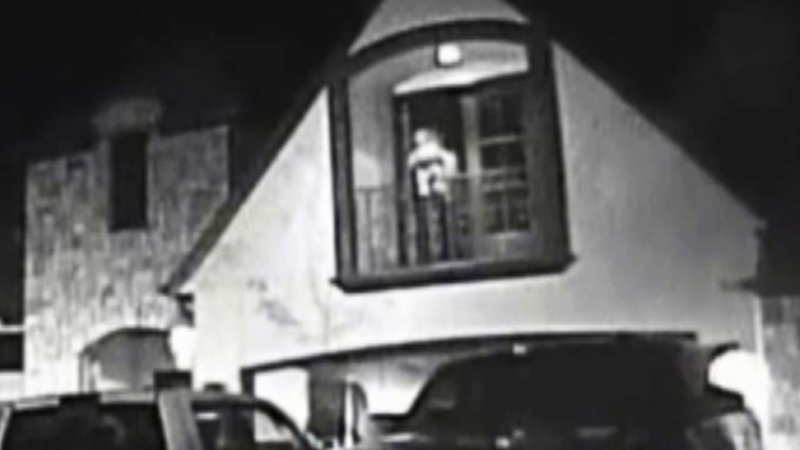 TULSA, Okla. (KABC) -- An armed man holding a toddler hostage on the balcony of a home was shot and killed by a sniper, and the frightening incident was caught on dash cam footage released by police.

Salvador Reyes stormed into a home in Tulsa, Oklahoma, just days after his wife filed for divorce.

As Reyes stormed in, his wife ran out, taking three of her children. But Reyes grabbed the youngest - a 2-year-old girl.

Several times, he came onto the home's balcony, holding the child with one hand and holding a gun in the other.

At one point, officers light up the balcony, and that's when a police sniper takes his shot.

The man falls to the ground fatally wounded.

SWAT officers move in, and officers are then seen inside the home grabbing the terrified child.

The little girl was uninjured and was quickly reunited with her mother.