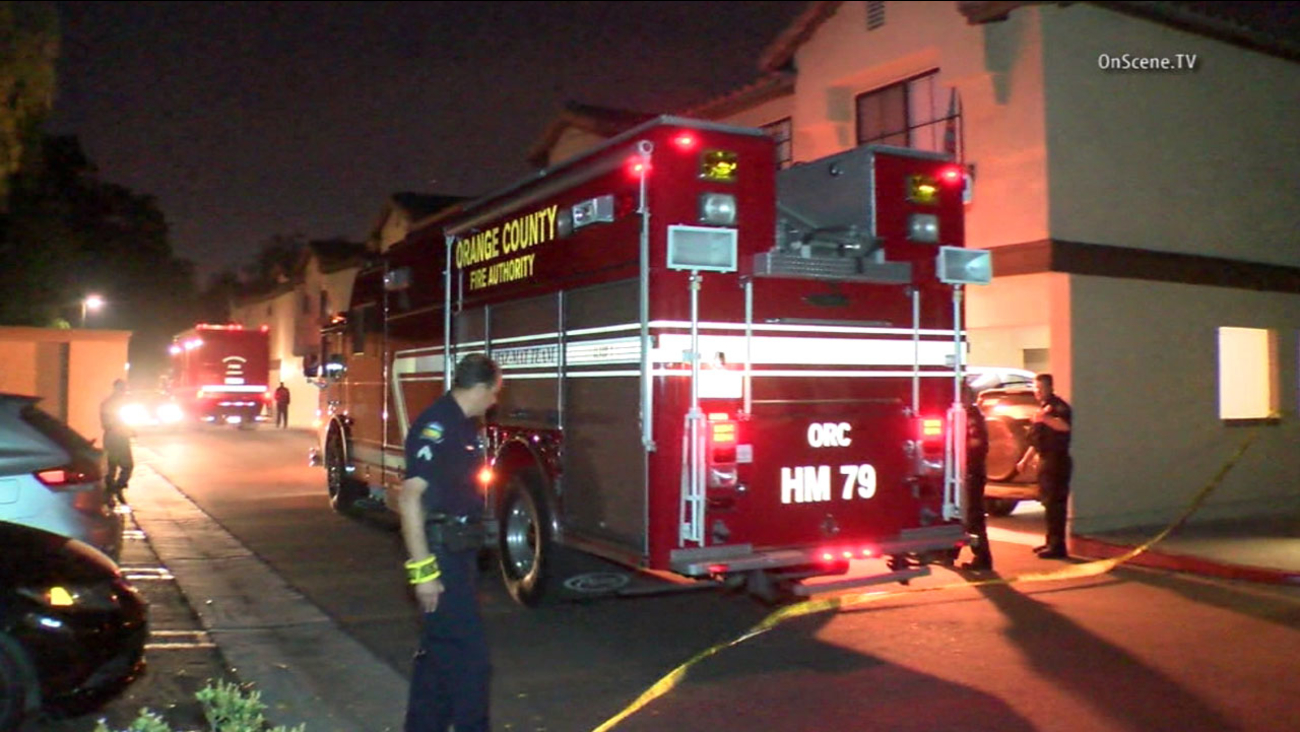 Authorities discovered a suspected drug lab at the Rancho Alisal Apartments in the 13800 block of Parkcenter Lane in Tustin Sunday, Feb. 28, 2016.

Authorities responded to a report of suspicious activity at the Rancho Alisal Apartments in the 13800 block of Parkcenter Lane around 10 p.m.

During the investigation, Tustin police Lt. Robert Wright said officers confirmed there was a lab currently operating inside the apartment.

At least 18 apartments were temporarily evacuated while hazmat crews removed the flammable chemicals and dismantled the lab. The residents were let back in after police determined the building was safe.

One dog was located inside the apartment and removed by officials with Orange County Animal Control.