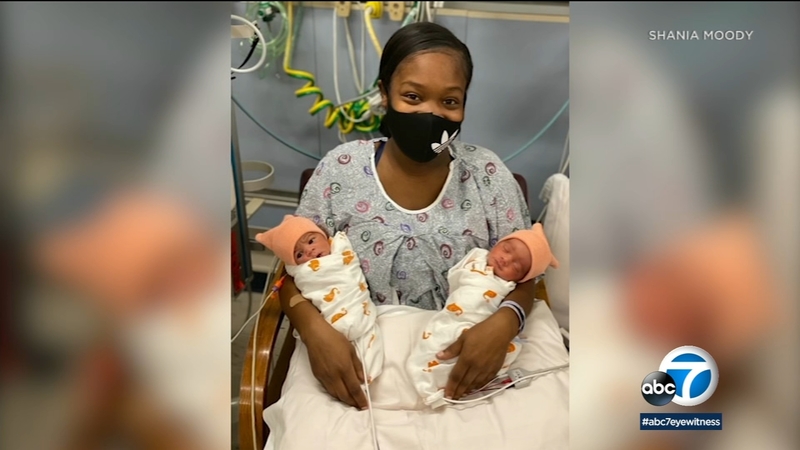 SAN BERNARDINO, Calif. (KABC) -- It was a much needed reason to smile for local hospital workers: three sets of twins born there on the same day! One maternity ward in San Bernardino welcomed several bundles of joy.

"I just went in and came out and was like, oh, I got two boys! They're really here!" said new mom Shania Moody.

Her sons, Jo'ziah and Jacob were born weighing about four pounds each. She wasn't the only one seeing double last week at Community Hospital at San Bernardino. Two other mothers also gave birth to twins. It's a hospital rarity.

The De Jesus brothers were the third set of twins. Enrique and Emiliano, both weighing about six pounds.

Cori Van Dusen, a registered nurse at the hospital, described the day as "absolute chaos but so crazy and fun at the same time."

"Typically, we don't have more than one set of twins on the same day," said Van Dusen of Dignity Health Community Hospital.

None of the sets of twins were expected to be born at the same time.