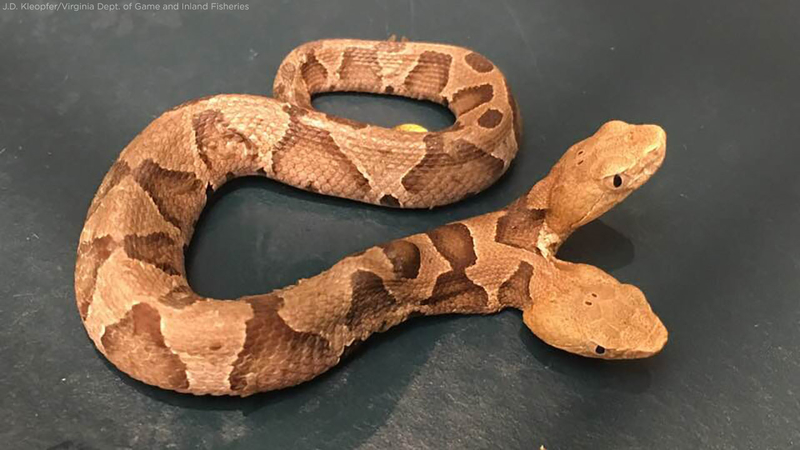 After the Woodbridge, Virginia, woman discovered the unique serpent earlier this month, it ended up in the hands of experts at the Wildlife Center of Virginia. There, scientists conducted radiographs to learn more about the snake's anatomy.

"It appears as though the left head is more dominant - it's generally more active and responsive to stimulus," the wildlife center wrote on its website. "Radiographs revealed that the two-headed snake has two tracheas (the left one is more developed), two esophaguses (the right one is more developed), and the two heads share one heart and one set of lungs."

Two heads are better than one, but are two heads more venomous than one? In this rare case, it appears the answer is yes: https://t.co/OPLYgzkzXE pic.twitter.com/5okH7l9HfI

It would be "better for the right head to eat," the organization said, but they added that the more dominant left head could make that a challenge.

In a Facebook post, J.D. Kleopfer with the Virginia Dept. of Game and Inland Fisheries explained that two-headed snakes are rare in the wild because it's difficult for them to survive for very long with two heads. Kleopfer added that the snake will hopefully eventually be donated to a zoological facility.