LAPD employee being treated for salmonella typhi, 1 other shows symptoms 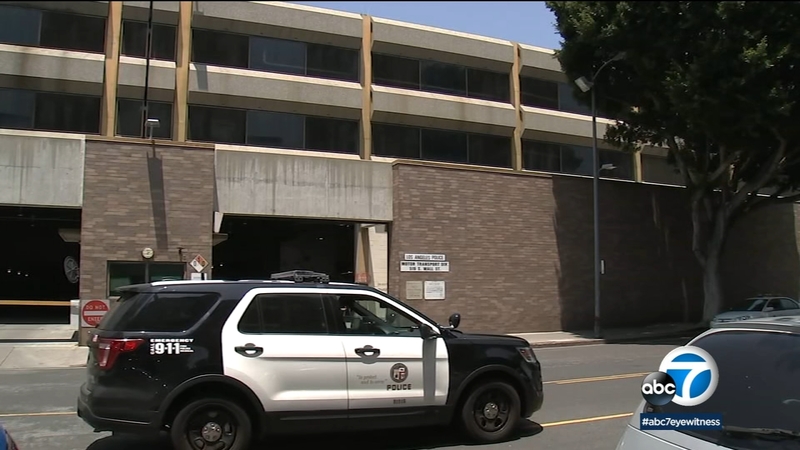 The department said in a statement that the first employee is being treated for the condition. It later confirmed the second employee has salmonella typhi-like symptoms. Both work at the Central Division, which patrols downtown L.A., including Skid Row.

"Our Facilities Management Division is working with the city's General Services Department to disinfect any work areas that may have been exposed."

The statement said the disinfecting is expected to be completed Wednesday night.

"The health and well-being of every LAPD employee is vital and we will be working diligently to ensure we are create a safe work environment," the LAPD said.

The department said it has notified the Los Angeles Police Protective League as well as all employees working at Central Division about the outbreak. It has offered them "strategies to stay healthy while we mitigate this issue."

Jarretta Sandoz, vice president of the LAPPL, said it was unclear whether the infection was limited to the detectives' office at Central Division. "It could be throughout the station, and I think we should probably think the worst," she said.

Salmonella typhi is a bacterial disease spread through contaminated food and water or close contact. The disease is referred to as typhoid fever. A local doctor said there are medications available to treat the disease, but the best way to stay healthy is simply to wash your hands before you eat.

"We want them to make this a priority and ensure that each station is completely clean from top to bottom," Sandoz said, referring to the Police Department's leaders, "and then do tests to ensure that it stays and make sure they maintain the stations. That's their responsibility, not the officers' responsibility."

Earlier this year, a typhus outbreak was declared at L.A. City Hall. City workers posted video of them chasing down rats inside the government building. Typhus is usually spread by the bites of infected fleas, carried by rodents.

In the past, public health officials have reported an outbreak of the disease on downtown's Skid Row.