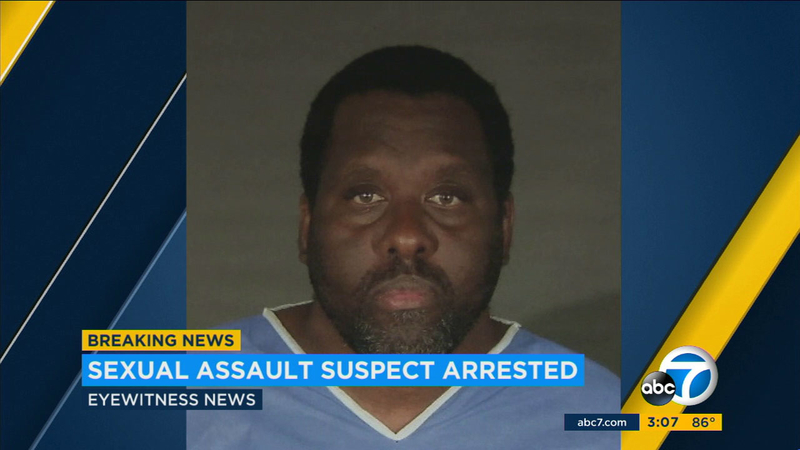 Uber driver arrested in sexual assault of passenger in LA

LOS ANGELES (KABC) -- Police have arrested an Uber driver and convicted felon they say sexually assaulted a woman who had passed out in his car. Investigators are looking to see if there may be more victims.

The driver, Alaric Spence, 46, of North Hollywood, picked up a 24-year-old woman from an event in downtown Los Angeles around 3 a.m. Friday and was supposed to drop her off in Hollywood, police said.

The woman, who had been drinking, passed out in the car. Police say Spence then drove her to a motel in North Hollywood, checked out a room and carried the unconscious woman inside.

He allegedly sexually assaulted her and left her there. She woke up in the unfamiliar room and called police.

Officers arrested Spence and he is being held on $1 million bail.

Investigators say they have surveillance video of the suspect carrying the victim into the hotel.

Capt. William Hayes, with LAPD's Robbery-Homicide Division, said Spence has five felony convictions on his record, all related to narcotics, in Los Angeles County, Ventura County and the Sacramento area.

They believe there may be other victims and they are asking anyone with information to come forward.

Police asked anyone who may have been victimized by Spence or who has additional information to contact detectives at (213)486-6910.

Spence is described as a 46-year-old man who stands 5-foot 11 inches and weighs 275 pounds. He drives a 2015 silver four-door Nissan Sentra, with an Uber sticker in the front windshield and license plate 7XUX293.

Police released this image of the 2015 Nissan Sentra driven by Alaric Spence, an Uber driver accused of sexual assault, to see if additional victims come forward.

"Sexual assault is a very personal crime," Hayes said. "And a lot of people tend not to report it immediately. But we're hoping that if there are additional victims, based on the arrest and the information that we've provided that they would come forward and we would be able to assist them with that."

Spence had been with Uber for about six months and was believed to have worked around various parts of the Los Angeles area.

Uber, Hayes said, has been cooperating with the police investigation and has suspended Spence from the service.

The ride-sharing service issued a statement on the incident: "No person should ever have to experience the violent act that's been reported to police. We are working with the Los Angeles Police Department to fully support their investigation, and the driver has been banned from the Uber app."

Uber says it conducts background screening checks on its drivers and rules out any applicants who have had felony convictions in the past seven years.