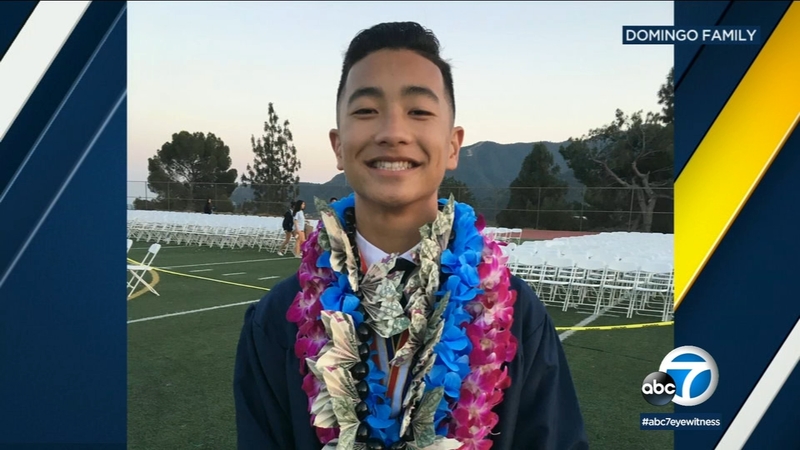 IRVINE, Calif. (KABC) -- A 911 call has been released providing new details on a UC Irvine freshman who died after attending a fraternity party.

He was at a fraternity party the night before, at a home near campus.

The caller described the teen's body as blue, telling the dispatcher he was not breathing before being guided through CPR.

"I think he just drank, he drank too much. He fell asleep with his head down," the male caller told the emergency operator.

The fraternity responsible for the party has been suspended. Police are still waiting for a toxicology report to determine the cause of death.

In the meantime, family and friends were holding a private viewing in Glendale for Domingo.