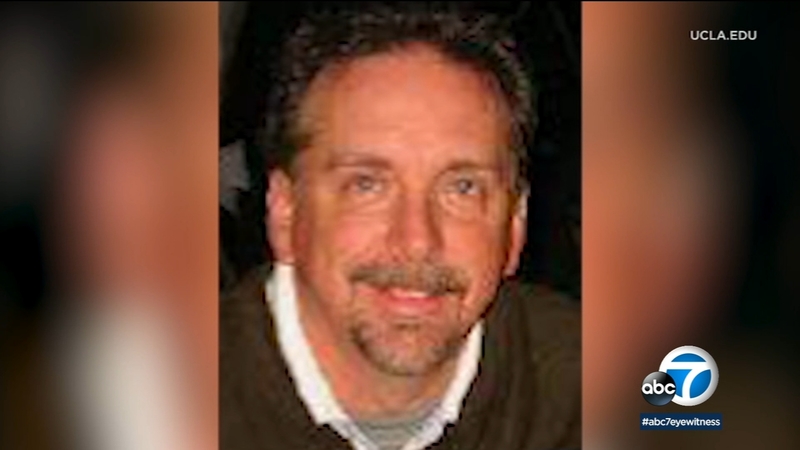 WESTWOOD, LOS ANGELES (KABC) -- UCLA star gymnast Jeanette Antolin and other former patients of ex-UCLA gynecologist Dr. James Heaps urged the UC Board of Regents Wednesday to conduct an independent investigation into Heaps, who is accused of sexually abusing patients.

Heaps was charged in June with the sexual battery and exploitation of two patients who he treated at UCLA in 2017 and 2018. He worked as an obstetrician-gynecologist at the student health center from 1983 to 2010 and then was hired by UCLA Health in 2014. Heaps also held medical staff privileges at Ronald Reagan UCLA Medical Center from 1988 to 2018.

Antolin was a member of three UCLA national championship teams and is also one of the many gymnasts who accused former USA Gymnastics physician Larry Nassar of abuse. Nassar is now in prison after pleading guilty to several charges of abuse.

"Unfortunately, when I heard the news about Dr. Heaps, it was all too familiar," Antolin said. "Just like in the Nassar case, there had also been complaints about Heaps as early as 2014...What do we have to do to get people's attention when it comes to protecting women's bodies?

Heaps is out on bail after pleading not guilty to the sexual battery charges.

Since his arrest, several women have come forward accusing Heaps of sexual misconduct when they were his patients.

Two former patients went before the board Wednesday, calling for a third-party investigation into the allegations.

"The abuse occurred repeatedly during pelvic and breast exams. During some of these exams, he would not have a nurse in the room," Dianne Pennington said.

LaWanda Sweet told the board she reported the abuse, which allegedly occurred in 2016, to an administrator.

Sweet, who is currently a nurse at UCLA, says she was told Heaps was a well-respected doctor who delivered all of the doctors' babies and performed all of their wives surgery.

"I asked if anyone else had complained and I was told emphatically 'No,'" she said.

UCLA has since admitted that dozens of women have complained about Heaps.

After she went before the UC Regents, Pennington said she hopes the board will do what they alleged victims have asked for, and make any findings transparent to the public.

UCLA has apologized for the alleged abuse and has already settled with two accusers for more than $3.5 million.

Heaps retired last year, as the school was moving to fire him.