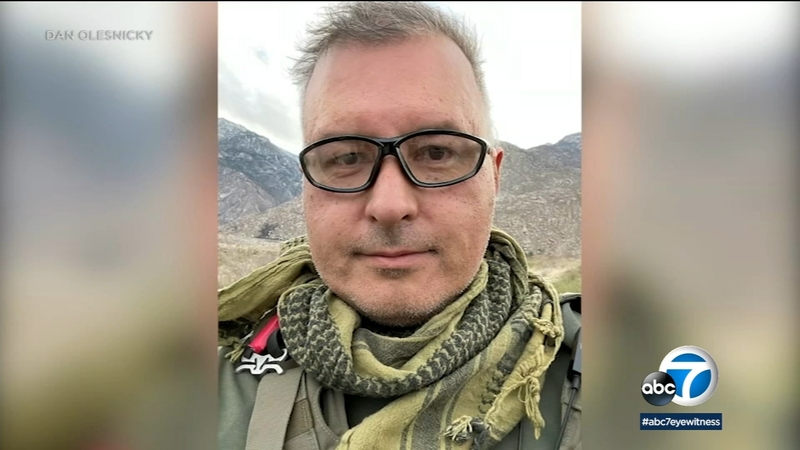 An emergency medicine doctor in Indian Wells who leads a team of medical personnel with military and law enforcement experience said several of his members are in Ukraine helping to train combat medics.

Dr. Dan Olesnicky, who also has 20 years of SWAT team experience, said it's a mission that hits close to home because he has family in Ukraine.

"I'm of Ukrainian heritage, first generation American born, and we kind of knew this was stewing and ready to go in Ukraine," said Olesnicky. "It was either going to be blustering and saber-rattling or it was going to be the real deal. But you have to be prepared for the worst and hope for the best, so we were ready.

"Where there's warlords who are shooting people and security is not guaranteed, our guys go there."

While Olesnicky didn't want to disclose tactical details of his team's movements and didn't even want to say how many of them are currently in Ukraine, he said they're all well aware of the danger they're facing.

"The teams that are out there, they're intent is not to engage the Russian invaders. It's a medical mission; they're there to save lives. But should they be fired upon, they're more than capable and prepared to defend themselves."

Meantime, Olesnicky is doing what he can to help the humanitarian effort back here at home. He's spearheading a mission to assemble emergency medical kits, containing things like gauze and bandages, that will be loaded onto cargo planes and flown to Ukraine.

"They have to be vacuum sealed in a bag, because it rains out there. If it gets wet, it's useless."

After he posted information about his efforts on social mead, people from across the area have pitched in to help. This past weekend, dozens of people showed up at the Ukrainian Cultural Center in Los Angeles to put together medical kits.

"It was beautiful to see so many people who showed up to do whatever they could to help save lives," said Sudfeld, who played three seasons in the NFL for the New York Jets and New England Patriots.

"It's so small what we're doing," said Sudfeld. "But it was an assembly line of people from all walks of life, putting little gauze pad in, wipes, bandages, whatever we could.

"It was really a moving experience for me and a lot of my friends who were there as well."

Olesnicky said because of the time difference, and the extremely dangerous situation his team members in Ukraine are facing, he doesn't get many updates from them.

"This is a medical mission. Make no mistake, this is about saving lives," said Olesnicky. "This is a fight for all democracy. And if Americans don't stand with Ukraine, what do we stand for at all?"