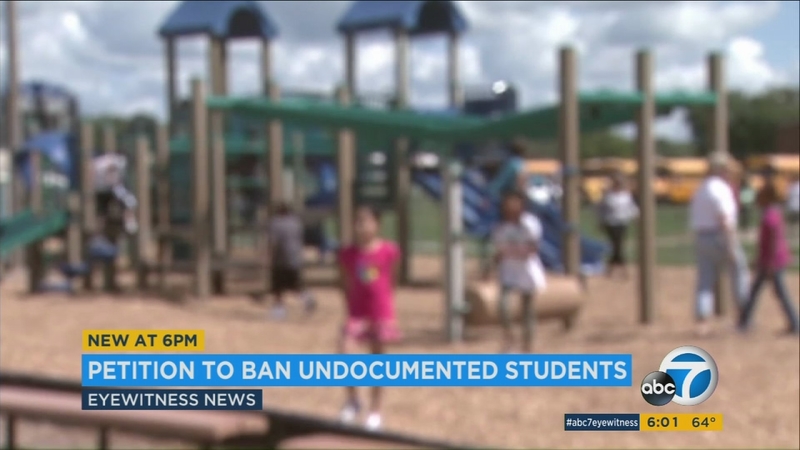 TORRANCE, Calif. (KABC) -- In California, public education is a right afforded to all children from kindergarten through 12th grade, but an anti-immigration activist is looking to strip undocumented children's access to public schools.

"It would also prohibit children of illegal aliens from attending for free they would have to pay a non-resident tuition fee."

Turner filed a ballot initiative which requires 3,200 signatures to have it placed on an election ballot.

The community of Yucaipa is located 87 miles east of Turner's Torrance office, but he believes his initiative will appeal to voters.

"The community is conservative community. We have 10% of the students in the school district that are English learners," Turner said.

Residents have had mixed reactions to the proposed ban.

"I don't think it is fair to the kids," said Yucaipa resident Catherine Pols.

Lisa Postmus, of Beaumont, agrees. "I think any kid should be able to be educated this is not their fault they're here illegally or whatever," Postmus said.

"I think it would be hard to say no to children. You know children are the future for sure, so it's hard to punish the children for the crime of the parent," said teacher Sarah Bruinsma.

According to the Pew Research Center, an estimated 12 percent of California's K-12 school children have an undocumented parent, but hard numbers are difficult to come by.

In 1982, the Supreme Court prohibited schools from inquiring about immigration status while also requiring that school districts educate every student living in the United States.

Turner hopes his initiative will help overturn the decision known as Plyer vs. Doe.