19% of the CA workforce filed for unemployment since COVID-19 outbreak, many still haven't received benefits

As of April 18, about 43% of Californians who filed for unemployment during the outbreak were not yet receiving benefits.
KABC
By Rob McMillan 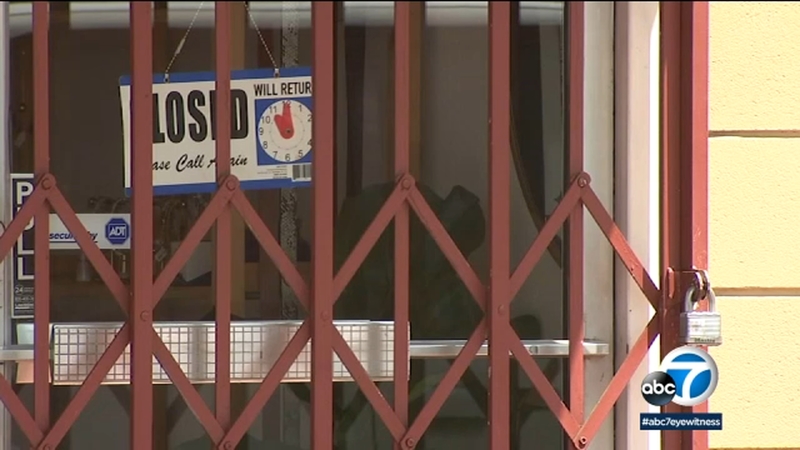 19% of the CA workforce file for unemployment, many haven't received benefits

Empty shopping mall parking lots, quiet businesses and a lot of signs that say "closed" are telling the story of a shutdown economy and record unemployment during the coronavirus outbreak.

Jobless claims in California have soared over the past six weeks, with nearly 3.7 million people filling for unemployment since the outbreak, which is about 19% of the workforce.

Nationwide, more than 30 million have applied for unemployment in the last six weeks. That's more than the populations of the New York and Chicago metro areas combined.

"We have two tuitions, and a mortgage, thankfully no car payments, but it's going to be tough times," said Jennifer Harper of Anaheim Hills. Her and her husband are both out of work.

Jennifer said because of a name change, she can't apply for unemployment online, and the 1-800 number is a dead end.

"They've supposedly added this line that's open from 8 a.m. to 8 p.m., but when you go on that, no matter what time you go, or what time of day, it says no one will be answering this call. It's a recorded message only, and that's all of their phone numbers," she said.

As of April 18, about 43% of Californians who filed for unemployment during the outbreak were not yet receiving benefits, leaving about 1.45 million people without them.

She said she understands the severity of the virus, and gives local and state officials high marks for their actions in trying to stop it. But the economic response isn't there.

"I think Governor Newsom said they were at lows for staffing, because of record low unemployment at the time," Jennifer said.

She wishes that officials had looked at what was happening in other countries and had the forethought to prepare and think "this is going to happen here," she said.