UAII is the largest human and health services provider specifically for Native Americans in L.A. County.
KABC
By Christiane Cordero 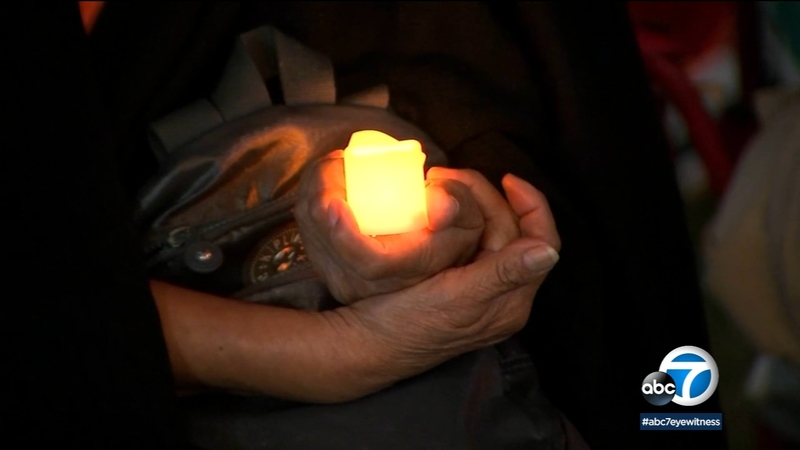 LOS ANGELES (KABC) -- In honor of Native American Heritage Month, we're getting to know an organization that started focusing on the health of its community well before the pandemic: the people making a difference at United American Indian Involvement.

On what once was Tongva land, in the heart of modern-day Los Angeles, are reminders of a system that so rarely pauses for who it has left behind.

For almost half a century, United American Indian Involvement has helped fill the gaps, despite the inequities, or perhaps because of them.

"There are so many different types of challenges that we see every single day. It could be chronic mental health issues, it could be continued homelessness, high rates of suicide like I mentioned before. There's a great deal of hopelessness," said Joseph Quintana, the vice president of development at United American Indian Involvement (UAII).

When it was first established in 1974, UAII was based in Skid Row, bringing hope to the community, but it will soon move to a new location in Echo Park. Joseph Quintana grew up with the organization, which today is the largest human and health services provider specifically for Native Americans in L.A. County.

"Our group is primarily focused in on the low income: those people who have no access to additional resources throughout the area, and we want to provide that support," said Quintana.

Services offered by UAII range from substance abuse to after school care. They are all built into the community, with events that let people know-within the native population and beyond it-that they're here.

On Sunday, UAII remembered the tens of thousands of children forced into U.S. boarding schools over generations.

"How our ancestors were taken from their homes and put into schools to sort of diminish their Indianness," said Ramon Enriquez, the director of youth services at UAII.

UAII lifts itself up by connecting with its members on a personal level and few do it better than nurse, Patricia Lopez.

"I belong to many different organizations, native organizations in the service groups. So it's like one in the same, we're able to get the word out because they know us, we know them, we know where to find them. They trust us, you know I'm their grandma," said Lopez.

In L.A. County, the American Indian and Alaska Native population has the highest percentage of people vaccinated against COVID-19, compared to any other group, with 90 percent of those five and older having received at least one dose.

Lopez's approach is simple: encourage people to get the shot, at no expense to spirituality by combining western medicine with tradition.

"White sage, that our community loves, we use it to pray with. For healing also, it has many uses. Anyway, so I would bring a huge basket of it, and when they would see that sage there, you could see their shoulders relax. They knew they were in a safe place that understood them," remarked Lopez.