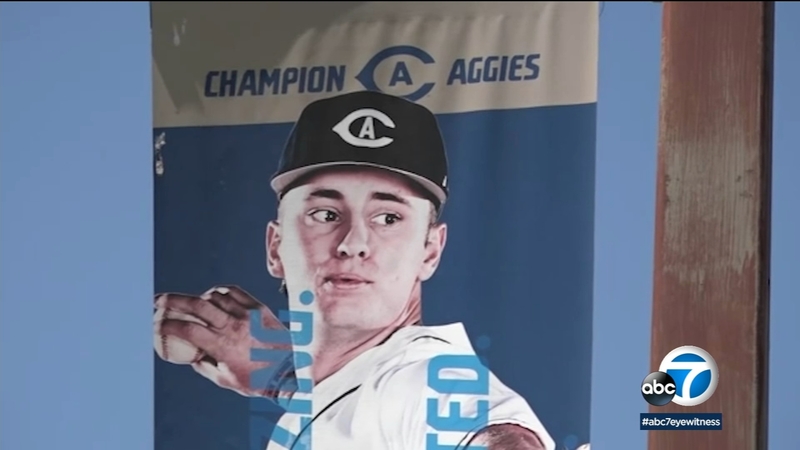 Should students pay for their university's athletics department?

Inflation. The pressure to increase wages. There are many factors driving up the cost of college which is out of reach for some and difficult for many others.

"We have to apply for grants and scholarships all the time," said Cal State Northridge freshman Grace Chicoine.

At UC schools, undergraduate tuition and fees increased about $534 this academic year, but that does not include additional fees students are charged at different campuses in the system.

At UC Davis for instance, each student currently pays about $570 in annual fees to fund the university's athletics department.

"It's time for the student body to reassert itself and make a decision on whether or not you continue paying for these fees," said UC Davis senior Calvin Wong.

Wong believes the university has the ability to fund athletics without receiving financial support from its students and has proposed a referendum to eliminate the fees entirely.

Wong doesn't want to eliminate athletics, but now that athletes can actually make money off their name and likeness through NIL policies by participating in NCAA sports, student fees funding the athletic department are becoming more questionable.

"We're not being paid to be students and a lot of us are struggling with debt and rising costs and also just struggling to get by," said Wong in a statement echoed by many families.

UC Davis would not agree to an interview with Eyewitness News, but in a letter written by Kelly Ratliff, Vice Chancellor Finance, Operations and Administration and Pablo Reguerin, Vice Chancellor Student Affairs, to The Davis Enterprise, the university explained why student fees are important for the athletics department: "Athletics attracts students to apply to UC Davis, both to play sports and to cheer on their teams. Athletics brings the campus community together... and contributes to high performance both on and off the field."

That is a position held by many college administrators, but according to Allen Sanderson, a sports economist at the University of Chicago: "In most cases, that's just not true. Even most I want to say, overwhelmingly, it's not true."

Sanderson's research has shown that in terms of profitability, there aren't many teams that actually turn a profit.

With that in mind, universities seem to be seeking other revenue streams and in many cases, the fees are not clearly identified by the university. ABC7 found an IRA fee at Cal State Fullerton and a Student Excellence Fee at Cal State Long Beach as examples of student fees that are applied to athletics.

"Universities just run away from being transparent when it comes to using student fees to fund their athletic programs," Sanderson said.

An ABC7 analysis of data from the College Athletic Financial Information Database shows fees paid by students for use of the athletic department at UC Davis account for 62% of the department's revenue.

Several Southern California colleges and universities showed similar trends. At Cal State Fullerton student fees provide 40% of the revenue for the athletic department. At Cal State Northridge its 26%, at UC Irvine it's 22% and at Cal State Long Beach it's 21%.

By comparison, athletic department revenue from NCAA money and ticket sales combined accounted for less than 5% of revenue at UC Davis. At Cal State Fullerton it's only 4.8%, 6% at Cal state Long Beach, but less than 4% at UC Irvine and only 2% at Cal State Northridge. In fact, at CSUN, ticket sales accounted for .3% of the athletic department revenue.

A few CSUN students who were interviewed were surprised to hear those numbers.

"(I) think they may need to flip that a bit," said Freshman Michael Machaen.

If Wong's referendum passes at UC Davis, could it work at other colleges and universities? He hopes it at least starts a conversation.

"What I'm doing can really spark a wave across the nation for student leaders on their individual campuses to at least put more scrutiny on how their student fees are used."