Buildings at USC, NYU and MIT evacuated after bomb threats 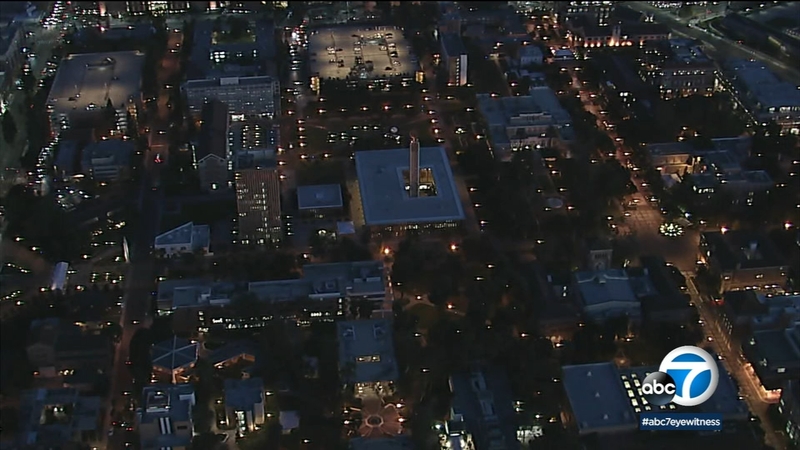 LOS ANGELES (KABC) -- Three buildings on the USC campus were briefly evacuated Thursday after a bomb threat that occurred around the same time as similar threats to NYU and MIT.

New York University also evacuated three buildings because of a bomb threat Thursday evening - the Stern School of Business, Center for Neural Science, and Hebrew Union College, which is an independent institution.

The Massachusetts Institute of Technology also evacuated one building but local authorities said there was no evidence of a device.

Earlier in the day, Union Station in downtown Los Angeles was also evacuated because of a bomb threat.

Authorities are investigating to see if any of the incidents were related.

The exact nature of the threats was not detailed.

The University of Southern California told students to stay away from the three buildings, tweeting at 4:33 p.m.:

"Grace Ford Salvatori Hall, Sample Hall and Wallis Annenberg Hall are being evacuated due to a bomb threat. LAPD and DPS are conducting a search. Stay away from the area."

Less than an hour after that message, the university issued an all-clear message:

Union Station was evacuated after an incident or threat reported at 10:47 a.m., involving the platform area of the station, according to the LAPD. According to Metro spokesman Brian Haas, Purple and Red Line trains were briefly affected, but buses and Gold Line trains were not.

At 11:44 a.m., Metro tweeted that trains were resuming normal service.