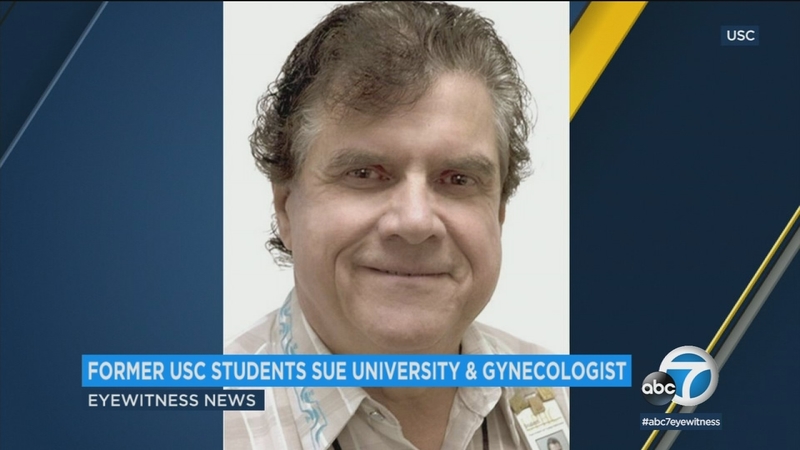 LOS ANGELES (KABC) -- Four former University of Southern California students have filed a lawsuit against the school on Monday, alleging gross sexual misconduct and sexual assault on campus by the former campus gynecologist.

The suit alleges that the university received numerous complaints of Dr. George Tyndall's "sexually abusive behavior, dating back to at least the year 2000, actively and deliberately concealed Tyndall's sexual abuse and continued to allow Tyndall to have unfettered sexual access to the young female USC students in his care; all done to protect USC's reputation and its financial coffers."

"It is clear the USC cannot be trusted to investigate itself. Anyone who has information regarding Dr. Tyndall should not report it to USC. They should immediately contact the Los Angeles Police Department Robbery/Homicide-Special Assault Section at (213) 486-6850," John Manly, the victims' attorney, said in a statement to the school.

According to the complaint's allegations, Tyndall used his position to sexually abuse his victims by forcing them to strip naked, groping their breasts and "digitally penetrating their vaginas under the guise of medical treatment, for no other purpose than to satisfy his own prurient desires."

Among the unidentified women, one said she was 18 years old in 2003 when Tyndall performed an "invasive procedure" with ungloved hands.

All four women said there was a chaperone in the examination room when the assaults happened.

"It's not just the things he was doing in terms of touch to these women. It was the comments he was saying. Really inappropriate comments about sexuality, about race and sexuality, about the size of people's genitals," Manly said.

The lawsuit comes after the president of the school revealed last week that Tyndall made racist and sexually inappropriate comments as well as conducted improper pelvic exams. He was fired last June.

"Some of these comments were racially discriminatory and sexually inappropriate in nature," a letter stated.

USC fired two of Tindall's bosses at the USC Health Center, and more than 200 students have contacted a university hotline established to receive complaints and information about Tyndall, attorneys said in a press release.