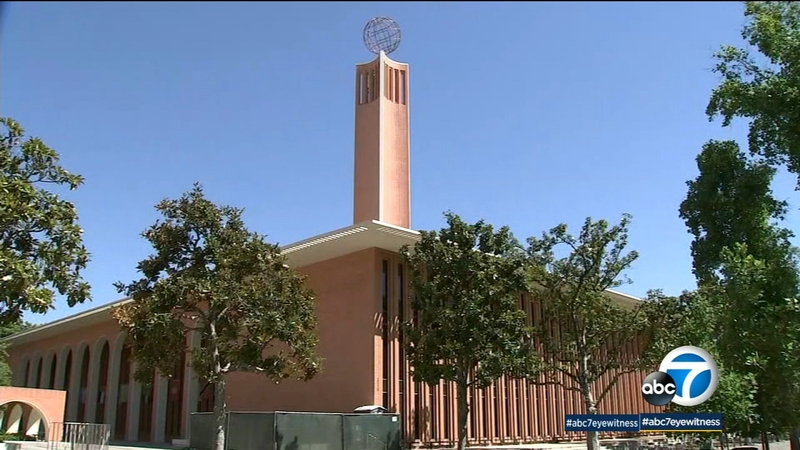 LOS ANGELES (KABC) -- The University of Southern California is making some changes in the wake of Black Lives Matter protests.

The university has removed the name of Rufus Von KleinSmid from the Center for International and Public Affairs building on campus because of his racially divisive views. A bust of Von KleinSmid was also removed from the campus.

Von KleinSmid was the fifth president of USC between 1921-1947 and was an active supporter of eugenics, which promotes creating a race of people alike in physical features.

Since the German Nazi regime in the 1930s and 1940s bolstered that science, the practice has been denounced worldwide.

According to USC, during his tenure, the university's research and academic enterprise expanded. But USC stated Von KleinSmid was also an influential eugenicist who encouraged the involuntary sterilization of people.

"Von KleinSmid's history is well known by our students, faculty and staff who have sought the removal of his name and statue for a number of years,'' USC stated.

The building, which is topped with a globe, will temporarily be called The Center for International and Public Affairs, the university stated, and USC will begin an "inclusive process to rename the building.''

The university is also taking several actions to combat systemic racism, including implementing a community advisory board for the Department of Public Safety and creating a task force on diversity, equity and inclusion.

Mandatory unconscious bias training will also be implemented at the university.