Video: Thousands of fish dropped from plane to restock Utah lake below 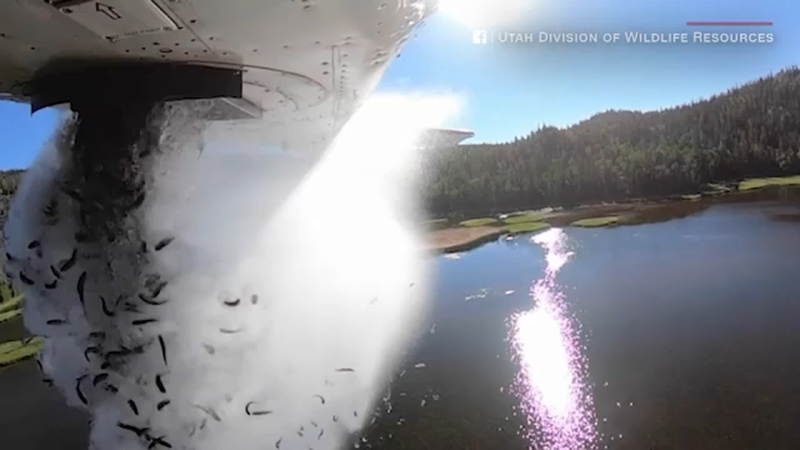 Video: Thousands of fish dropped from plane into Utah lake below

You've heard the phrase "It's raining cats and dogs." Well in Utah, it was raining something else: fish.

Video released by the Utah Division of Wildlife Resources shows thousands of fish being dropped from a plane into a lake below. That is the state's way of restocking 200 of its waterways that sit in higher elevations.

The agency says it's a very effective method with a high survival rate that's been around for decades.

"We used to load fish into milk cans and we needed horses to get us into these remote areas. The aerial method of stocking is much quicker and less stressful for the fish," the agency said on its YouTube page.