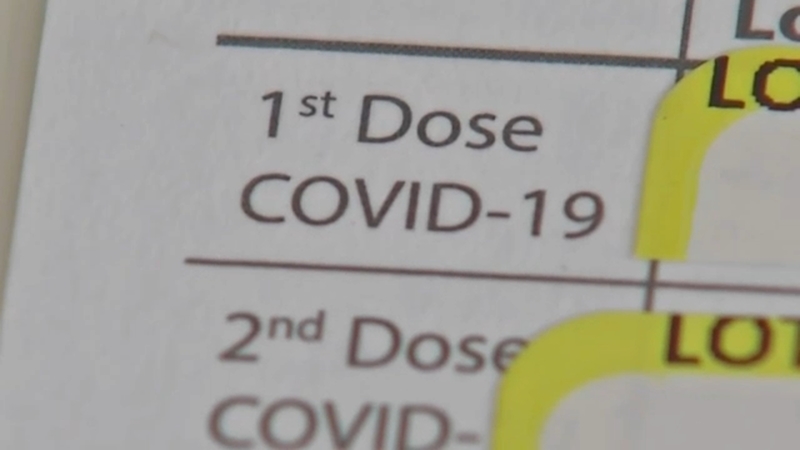 LOS ANGELES (CNS) -- The union representing LAPD officers lost a round in its lawsuit alleging unfair labor negotiations related to the COVID-19 vaccination mandate for municipal employees -- with a judge denying its members' request for a preliminary injunction against the directive.

Los Angeles Superior Court Judge Mitchell L. Beckloff issued a tentative ruling denying the LAPPL's request for the injunction and heard arguments on Wednesday, but said he wanted to study the issues further and took the case under submission. In his tentative ruling, the judge had said the balancing of harms weighed in favor of protecting the health of the public and the city's work force over considerations for any pending labor issues.

Beckloff issued his 17-page final decision Monday. On Nov. 10, he denied the union's request for a temporary restraining order.

City Attorney Mike Feuer issued a statement praising the ruling, noting that the firefighters' union on Dec. 4 was also denied a request for a preliminary injunction in a separate legal action before Judge Mary H. Strobel.

"For the second time this month, a court has rejected a shortsighted attempt to halt implementation of the city's vaccine mandate for first responders,'' Feuer said. "Last week marked the one-year anniversary of the first COVID vaccination. Today as COVID cases are on the rise in Los Angeles, it's more important than ever that all first responders get vaccinated. My office will continue to do everything we can to uphold the city's efforts to keep all Angelenos safe.''

Despite repeated inquiries, the city has refused to provide the LAPPL with the information it has requested, yet has insisted that testing of unvaccinated employees can only be administered by a city vendor of its choice and with the employee to pay the costs of such tests through paycheck deductions, the suit filed Oct. 29 states.

The union also sought to stop the city from requiring unvaccinated employees to pay for their COVID tests, at $65 per test, twice a week.

"Moreover, the city has unlawfully refused to wait until local impasse procedures are exhausted ... on grounds of the existence of an emergency which is not ... supported by the facts in this case,'' the union's court papers state.

Mayor Eric Garcetti called the mandate "critical to protecting the health and safety of our workforce and the Angelenos we serve.''

Through Dec. 18, unvaccinated employees have to submit to two COVID-19 tests per week, and $65 per test will be deducted from their paychecks. Employees have to get tested during their free time, and testing has to be conducted "by the city or a vendor ... of the city's choosing,'' according to the CAO's report approved by the City Council.

According to that report, employees who receive a vaccination exemption are required to test with Bluestone once a week, but those tests will be paid for by the city and be allowed during paid time.

Attorney Richard Levine, on behalf of the LAPPL, told the judge during Wednesday's arguments that the vaccine mandate should have been the subject of mediation or fact-finding.

"Consequently, the city has exceeded its authority in invoking the emergency exception to relieve itself of the normal restriction to not unilaterally implement changes of conditions of employment prior to exhaustion of impasse resolution proceedings,'' Levine wrote in his court papers.

Bluestone's parent company, PPS Health, is partially owned by Los Angeles Fire and Police Pensions Commissioner Pedram Salimpour, which prompted the LAPPL president to call for an investigation into potential corruption related to the $3 million contract with Bluestone.

Salimpour also donated $1,000 to the mayoral campaign of City Attorney Mike Feuer, according to his campaign, which stated that it was an unsolicited donation.

Under a mandate passed by the Los Angeles City Council last month, the city's employees -- including members of the Los Angeles Police Department - are required to receive their second shot by Tuesday.