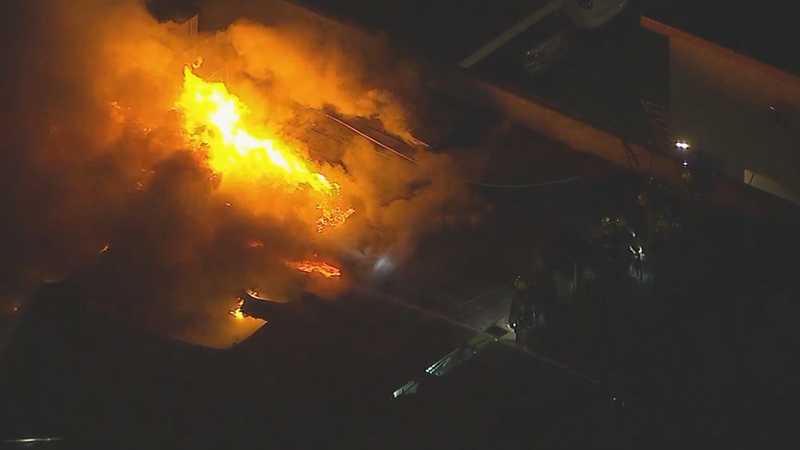 The massive blaze was reported shortly before 10 p.m. in the area of Vanowen Street and Woodman Avenue

Large plumes of gray smoke were seen in the attic area of the strip mall before flames suddenly grew and became explosive. At one point, the building's roof partially collapsed and a large AC unit full of fire fell into the structure.

Several firefighters were seen hosing down the stubborn fire as flames kept shooting up to the sky.

Nearly 100 firefighters were able to knock down the blaze in just over an hour.