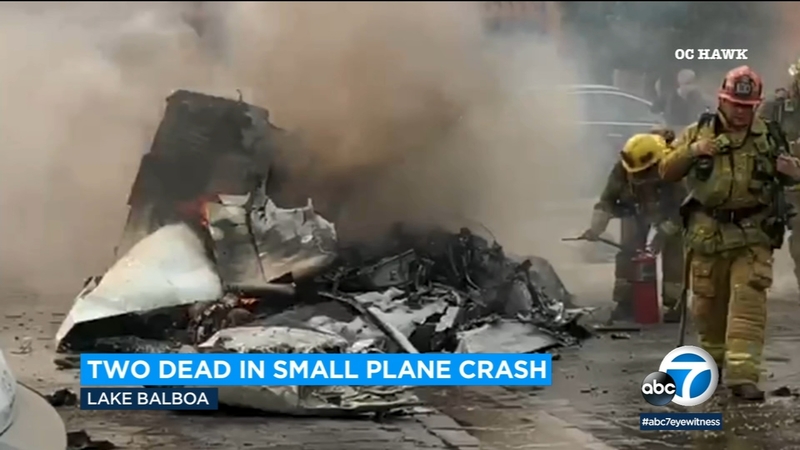 The Navion B plane crashed into a parking lot between some commercial buildings on the 6900 block of Hayvenhurst Avenue just to the west of the airport.

It crashed around 3 p.m. shortly after departing from Van Nuys Airport, heading to Santa Ynez Airport, according to the FAA.

The Los Angeles Fire Department was on scene to put out the fire from the wreckage.

There were no reports of anyone on the ground being injured.