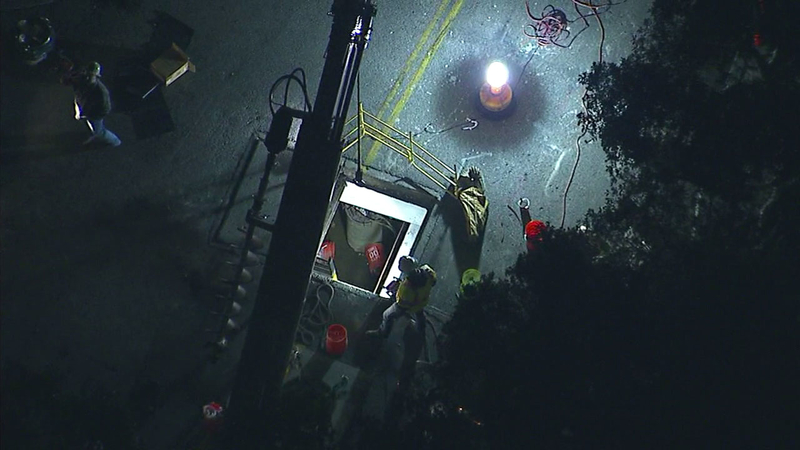 Authorities said the incident happened around 4:13 a.m. at Golden Shore and West Seaside Way. Private contractors were working on an electrical vault when it exploded, according to Long Beach Fire officials.

The fire department said at least five people suffered burn injuries and were taken to local hospitals in unknown conditions.

Edison reported 84 people were without power due to the explosion, the number was later downgraded to 73 customers.

It was unclear what caused the vault to explode.

Southern California Edison released a statement regarding the incident.

"Southern California Edison is aware of the incident involving contractors working on an underground project early this morning in the Golden Shores area of Long Beach. Several workers were injured and taken to the hospital where they are being treated. The extent of their injuries is not known at this time. SCE has initiated an investigation. The contract crew was working on a scheduled maintenance outage at the time of the incident. Approximately 73 customers in Long Beach are without power due to this outage and no additional customers have been impacted," it said.