'Not safe anymore:' Venice resident says homeless crisis has made it unsafe for grandkids to visit 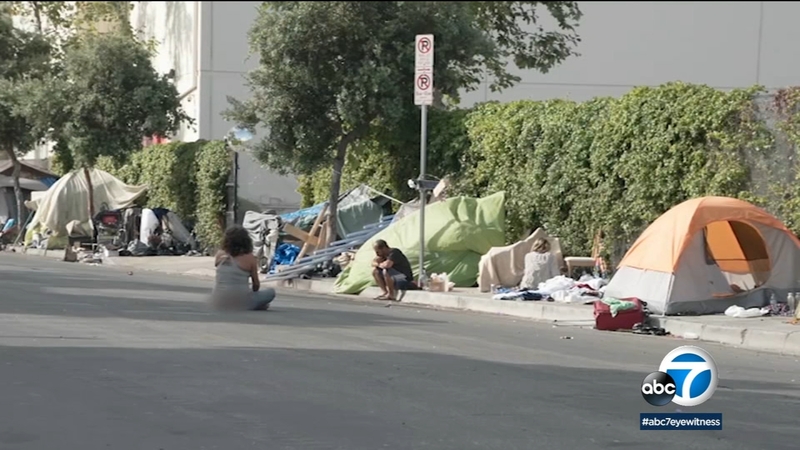 VENICE, LOS ANGELES (KABC) -- A Venice resident of 45 years is making an emotional plea in a now viral video for the city of Los Angeles to address the homeless crisis.

"It's not safe anymore and my grandkids, who I adore, are afraid to come and visit me. Do you understand that? That is hell for me," the woman said in the video.

That video in which she expressed her anger speaks to what Venice residents have been experiencing - not just on the boardwalk, but all over the community.

"I go walk down to that water everyday and I have for over 40 years and you know what - it's scary to me now. I don't think it's fair. Please, please, please. We do not want tent people living here. It's gotta stop," the woman says in the video.

Venice resident Christina T. is a caretaker for her mother.

"My stress level is through the roof... We're locked inside," she told Eyewitness News.

She says her niece and nephew can't visit either because it's too dangerous. She lives near a growing homeless encampment on Hampton Drive and on 3rd Avenue, off Sunset Avenue.

Venice residents are frustrated over a string of violent incidents involving the homeless, which include fights, fires and even a shooting captured on video.

She says there have been multiple stabbings, shootings and fires in the area, as well as drug-dealing and vandalism.

All of this has happened within the Venice enforcement zone, just blocks from the Bridge Home facility that Christina says has been mismanaged by the city.

There's only one city-operated Bridge Home facility for the homeless in all of Venice. The Pacific Sunset facility, which opened in 2020, has capacity for 100 adults and 54 youth, but only now is at full capacity because of the pandemic.

A homeless shelter with 100 beds for adults and 54 beds for young people opened Tuesday in Venice as officials continue to try and tackle the homelessness crisis across the city.

In a statement, Councilmember Mike Bonin called the situation unacceptable and shared the following statement:

"Earlier this month, we converted a motel near LAX into homeless housing, and we are opening another converted motel in Venice in a few weeks. New funds proposed last month by Governor Newsom and Mayor Garcetti in their draft budgets offer new hope for delivering solutions at scale, and I want to put those dollars to work in Venice."

"He says he's going to send outreach and then the outreach doesn't come. He says that sanitation is going to come, and then he doesn't have the sanitation," said Christina T.