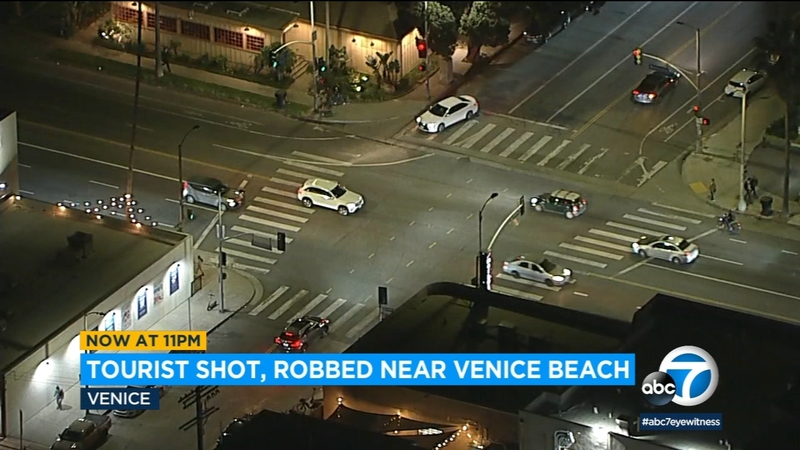 Tourist robbed, shot in Venice after being followed, police say

VENICE, LOS ANGELES (KABC) -- A tourist was shot and wounded during a robbery in Venice Wednesday afternoon after he was followed by two suspects, police said.

Los Angeles police said the incident happened around 1:45 p.m. near Washington Boulevard and Dell Avenue, a couple blocks east of the pier.

The victim, who was visiting from out-of-state, was walking with his girlfriend back to their rental car when they were approached by two suspects who had followed them from the beach, police said.

Police said the suspects, who were wearing black ski masks, got out of their car and demanded the man's Cartier watch. When the tourist refused to hand over the watch, police say he was shot in the leg.

The suspects then fled the scene.

The shooting victim went to a hospital in Marina del Rey. His condition is unknown.

A description of the suspects was not immediately available.