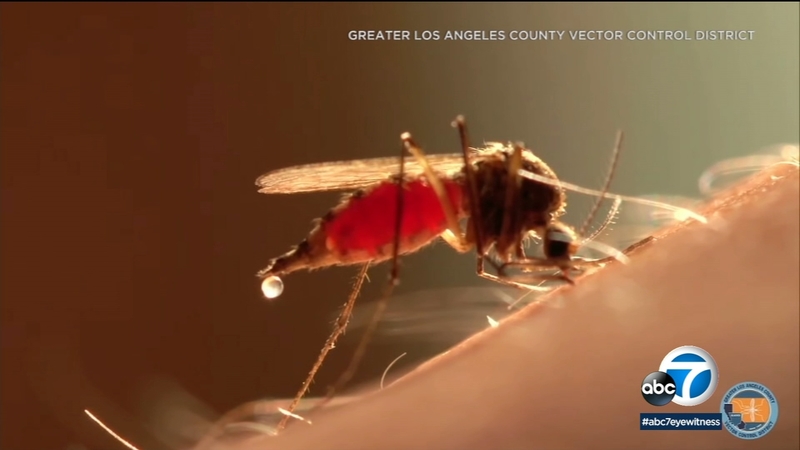 Health officials in Ventura County have detected an invasive mosquito capable of transmitting several viruses, like yellow fever and Zika.

There is no confirmed transmission of the diseases in our state but experts say you still want to avoid being bitten.

Health officials warn the public to take steps to avoid mosquito bites and to avoid providing breeding places for mosquitoes in standing water, such as bird baths and fountains and other outdoor locations where water may pool and become stagnant.

The Aedes aegypti, also nicknamed the "ankle biter" mosquito, is not native to Southern California but is becoming more common in the region.

The Aedes aegypti, also known as the ankle biter or yellow fever mosquito, has become more common in Orange County in recent years.

In Los Angeles County, the first case in 2021 of the West Nile Virus in a human has been detected. West Nile is also transmitted by mosquitoes.

Health officials say a resident of the South Bay was hospitalized with West Nile fever in late July and is recovering.