KABC
By Sid Garcia
VENTURA, Calif. (KABC) -- More than four dozen families are suing Southern California Edison because they believe the utility started the destructive Thomas Fire, and some of those residents spoke out Friday.

"The aim is to try to get people back to full recovery. Most people are underinsured for wildfire and so our lawsuit seeks to try to make up that difference from what isn't covered by insurance," he said.

The Thomas Fire, considered the largest fire in California's modern history, charred more than 280,000 acres and destroyed over 1,000 structures in Ventura and Santa Barbara counties, with most of those being homes.

Aerial footage captured by the ABC7 drone showed entire streets where homes were burned to the ground. While the cause of the fire remains under investigation, in mid-December Cal Fire officials said they were investigating whether SoCal Edison played a role in causing the fire, along with others that sparked in Southern California.

"We represent the first 911 caller that first called in the Thomas Fire down in Santa Paula. So based on their eyewitness accounts we feel very confident that we know how the fire started and where it started," Robertson said.

Amanda Lewis' parents' home, like many others on its street, was reduced to ashes and memories. Her family is part of the group suing the Los Angeles-based utility company. She said she trusts the court system to help them and their neighbors rebuild.

"Anybody in the city, every day when we wake up we will look at this hill. I know, for me, it was a ritual to look up at the green hill and take a deep breath and say a prayer for my day," she said. "But now I look up at the hill and all I see is blackness."

Eyewitness News reached out to SoCal Edison for comment, but it said it could not comment on pending litigation because of the Cal Fire investigation that is underway.

One resident, Rick Ray, captured video of his neighborhood completely destroyed, but his home survived.

"It's tragic now just to see it as a pile of ash. Everywhere, you see houses like this," he said.

Robertson said the lawsuits could take a year or two to go through the court system unless the company and everyone involved settles the case.

In addition to Robertson's suits, a class-action lawsuit was filed by attorney William Weilbacher. That claim also alleges that Southern California Edison was negligent in monitoring equipment in Santa Paula that somehow failed and caused the blaze. 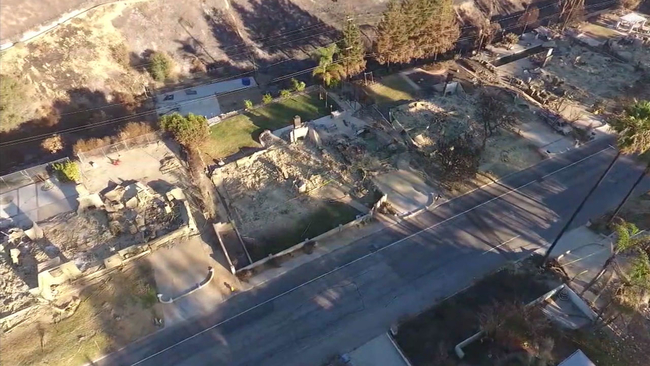 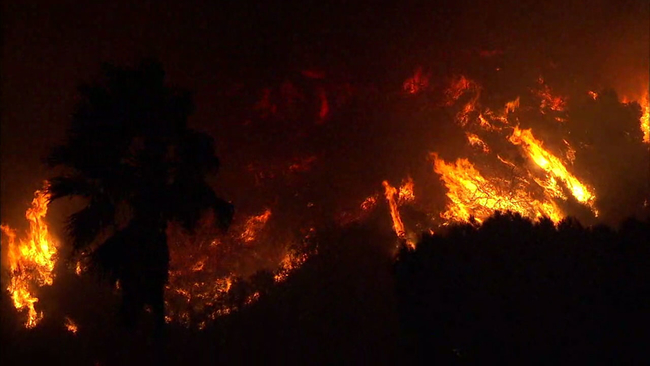