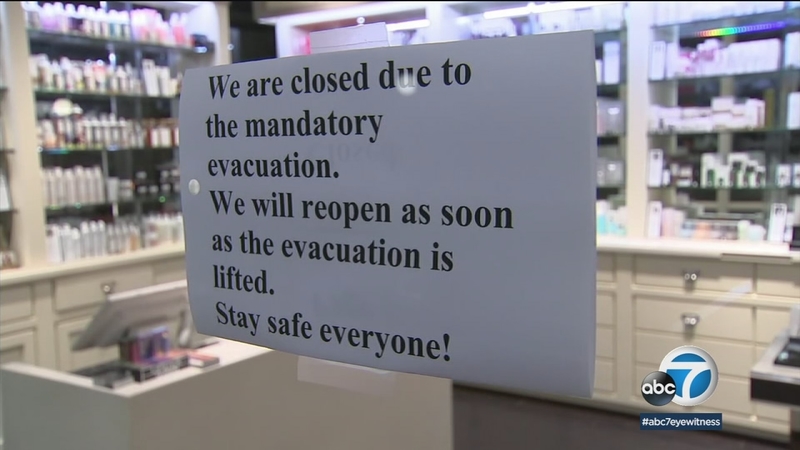 The orders, which were announced on Monday, went into effect midday Tuesday and were expected to last until at least 5 p.m. Thursday.

Large amounts of rain are expected to fall on communities heavily affected by the Thomas Fire, including parts of Santa Barbara County where devastating mudslides leveled homes and killed 21 people in Montecito in January.

Where are the recent burn areas? Most concerning: Thomas, Whittier, La Tuna, Sherpa, Fish, and Sand burns. If you are near these burns, DEBRIS FLOWS ARE LIKELY, stay alert to the weather and heed messages/evacuations from emergency officials. #larain #cawx #thomasfire #Montecito pic.twitter.com/UiEIltKpGi

The storm is expected to arrive late Tuesday and persist through Thursday and possibly into Friday morning. The heaviest downpours are expected to hit the Santa Barbara area on Wednesday.

Ventura residents prepare for the worst as a powerful storm moves into the region, which is expected to bring heavy amounts of rainfall.

A flash flood watch was in effect Tuesday until 5 p.m. Friday for most areas in both counties.

The following areas are under mandatory evacuations:


The city of Ventura created a map on their emergency services website, which includes a map where residents can input their address to see if their area is under any evacuation orders. You can access the map by clicking here.

Areas in Santa Barbara County that were charred by the Thomas, Sherpa and Whittier fires were also placed under mandatory orders. Residents in the Alamo burn area were under a recommended evacuation warning.