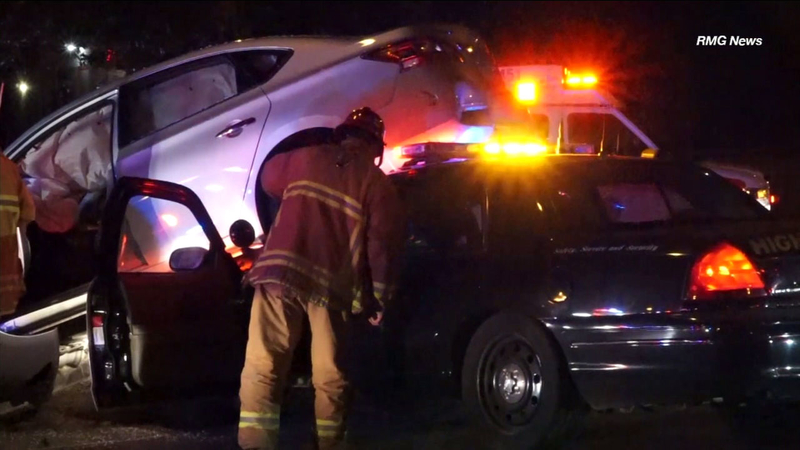 VENTURA, Calif. (KABC) -- A wild chase in Ventura Tuesday morning ended with a police cruiser wedged under a car and the suspected driver in custody.

The incident occurred at Fir Street and Thompson Boulevard just after midnight. Officers were in pursuit of a stolen vehicle, trailing the suspect for more than 20 miles.

California Highway Patrol attempted a PIT maneuver and the suspect crashed at a low speed, according to Ventura police.

The chase first began when officers noticed a "suspicious vehicle" and ran the plates. It came back as a wanted stolen vehicle.

The suspect began to lead officers on the pursuit and was eventually taken into custody.