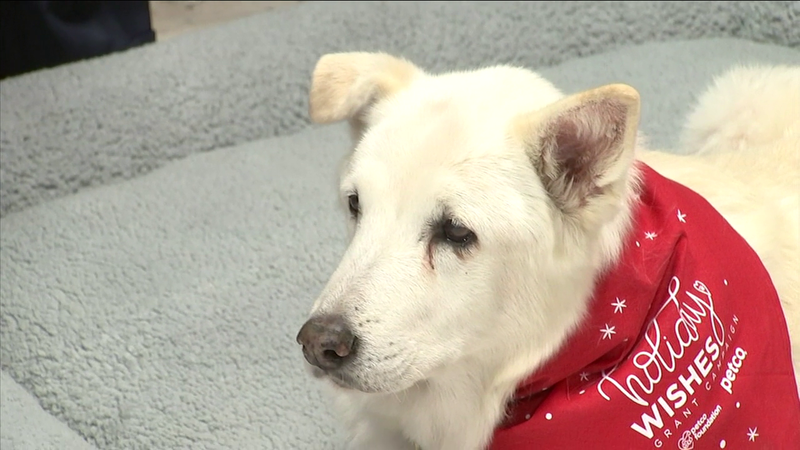 ORANGE COUNTY (KABC) -- The story of 93-year-old George Johnson and his 13-year-old dog Sam earned the German Shepard Rescue of Orange County a $25,000 grant from the Petco Foundation this holiday season.

It was love at first sight for Johnson, a decorated veteran, when he saw Sam.

"The young fella that raised him was going to join the Navy, and since I, an old retired Navy man with three wars under my belt, I figured nobody's going to put this dog to sleep," Johnson said.

Johnson knew it was meant to be after hearing Sam's story and adopted him from the German Shepard Rescue of Orange County. Not only did he earn the shelter a grant but he received a holiday shopping spree for Sam.