"It was little by little, but then he would tell you, 'You're really cool. You're special to me,'" April Avila said. "He would punch you on the shoulder, you know, be the cool youth pastor. Then it became caressing and touching your butt."

Monteiro was arrested last week on numerous felony charges related to sexual assault on children that spans two decades. Avila said she came to know Montiero when she and her family attended Faith Baptist Church in Wildomar.

"The more involved I was, that's when things began to escalate at church and away from church," she said.

Avila is just one suspected victim, and there are others. Another suspected victim of abuse is suing Faith Baptist Church, accusing church administrators of knowing about the allegations and covering up for Monteiro.

In the lawsuit, it claims the church was aware of another youth pastor, who is suspected of having an inappropriate relationship, but the entity ignored it. In doing so, it allowed Monteiro to prey on his victims.

"He knew very well what I had gone through," Kathy Durbins said.

Durbins is Monteiro's sister-in-law. She said she was involved in an inappropriate relationship at Faith Baptist when she was a teenager. She said her brother-in-law used his knowledge of the church's cover up to hide his own crimes.

"I wasn't allowed to talk about it. There was no law enforcement called. So basically it was a big cover up," she said.

Eyewitness News reached out to Pastor Bruce Goddard at the church and did not receive a response for request for comment.

But Pastor Pat Cook of Menifee Baptist Church, where Monteiro was an assistant pastor from 2013 to 2016, did respond.

"I had absolutely no idea about any of these charges until recently. I am absolutely disgusted by his actions and heartbroken for the victims, who are my friends," he said.

Avila said she never spoke up about Monteiro until nine months ago when she discovered she wasn't the only victim. She is hoping others will step forward.

"If there is another victim, they don't need to be scared. There's a support system. We're there for you, we'll support you. We're there for them no matter what. No matter if there's a backlash or anything like that, there's a strong support system for that," Avila said.
Report a correction or typo
Related topics:
wildomarriverside countychild abusesexual misconductmolestationchurchsexual assault
Copyright © 2020 KABC-TV. All Rights Reserved.
RELATED 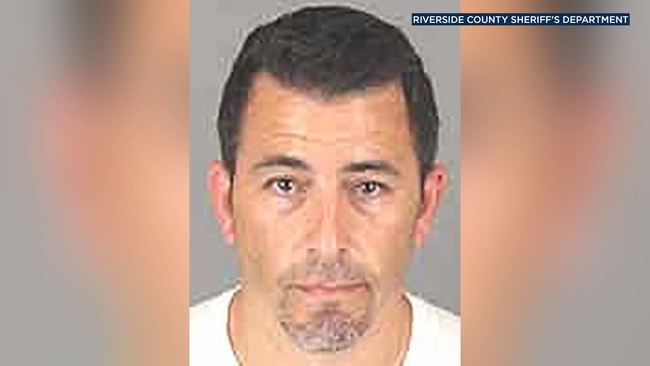