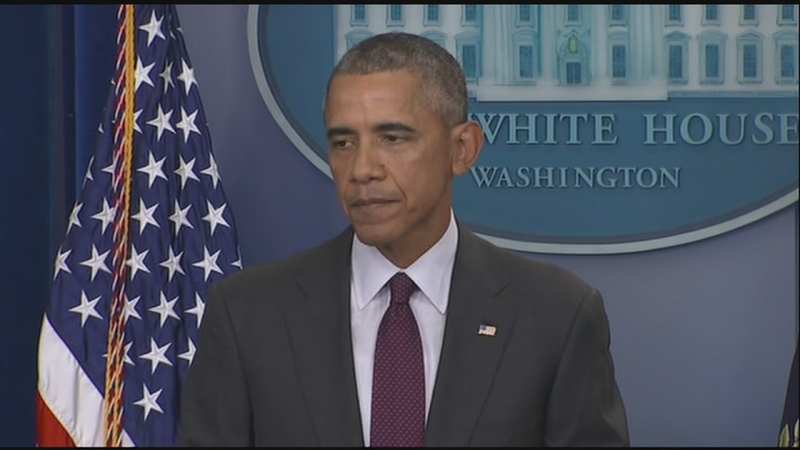 WASHINGTON -- A grim President Barack Obama says the U.S. has "become numb" to mass shootings like Thursday's incident in Oregon, where a 20-year-old gunman killed at least 9 people at Umpqua Community College.

Speaking in the White House briefing room Thursday, Obama challenged voters wanting to deal with the problem to vote for elected officials who agree with that priority. He has had no success through his nearly seven years in the White House in getting Congress to tighten laws involving firearms.

The president noted that this wasn't his first appearance before reporters to pass on his condolences to the families and friends of the fallen in mass shootings. These incidents have become imbedded in the life of America. Over the past several years, Obama has traveled to Aurora, Colorado; Tucson, Arizona; Charleston, South Carolina, and many other cities to mourn victims of gun violence.

PHOTOS: Deadly shooting at Oregon community college
The shooting happened at Umpqua Community College in Roseburg, about 180 miles south of Portland.
Obama said Thursday the nation's response to mass shootings has become "routine" - from the reporting by the media, to his own comments, to the opposition to gun control laws aimed at deterring the violence.

Obama spoke at times with anger in his voice and the muscles in his jaw tensed up as he seemed to struggle to find the right words.

He said it's clear that anyone responsible for such carnage has a sickness in his mind. He said other nations also have mentally ill residents who want to harm others, but the United States is alone in the sheer depth of the problem.

"We are the only advanced country on earth that sees these kinds of mass shootings every few months," Obama said.

The president has sought changes in the nation's gun laws, though it's unclear at this initial stage of the investigation whether the changes often proposed - such as expanded background checks, stricter magazine limits and an assault weapons ban - would have prevented Thursday's massacre in Oregon.

"It cannot be this easy for somebody who wants to inflict harm on other people to get his or her hands on a gun," Obama said.

The White House's failed push for gun control legislation after the 2012 Newtown, Connecticut, shooting - in which 20 children and six adults were killed at an elementary school - deeply frustrated Obama. With little change in Washington's political dynamic, he hasn't made a concerted effort to renew the gun control effort. He said he cannot do it by himself.

"I'd ask the American people to think about how they can get our government to change these laws and to save lives and to let young people grow up, and that will require a change of politics on this issue," Obama said.

Obama said there is a gun for roughly every man, woman and child in the U.S. He asked how anyone with a straight face can make the argument that more guns will make people safer. 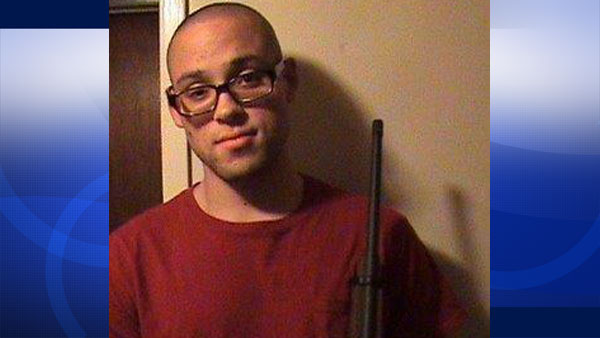 Family of Oregon community college shooting suspect speaks out
The family of a man suspected of going on a deadly shooting rampage at Umpqua Community College in Oregon spoke out in Tarzana Thursday night.
"I hope and pray that I don't have to come out again during my tenure as president to offer my condolences to families in these circumstances," Obama said. "But based on my experience as president, I can't guarantee that. And that's terrible to say."