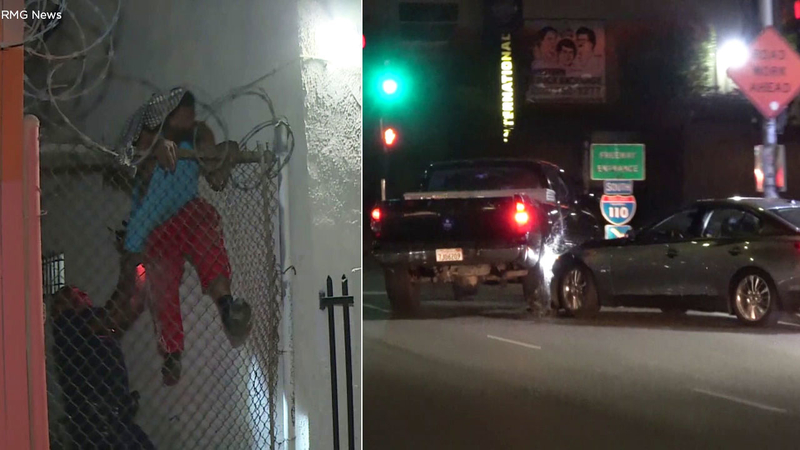 SOUTH LOS ANGELES (KABC) -- A suspected car thief is under arrest after leading authorities on a wild chase that was caught on camera in South Los Angeles, according to the Los Angeles County Sheriff's Department.

The chase began about 11:30 p.m. Tuesday and ended with a mad dash from officials.

Video from the chase shows the stolen car cutting through a gas station to get away from deputies before slamming into a pickup truck.

The driver of the stolen was spotted running from the car near 89th and Main streets. Deputies nearly got him hopping a barb wire fence, but he made it over and ran off.

Officials cordoned off the area, and the driver was eventually arrested.

Sheriff's officials said the suspect was originally wanted for a stolen vehicle. He had four passengers in the car with him, and it's unclear whether they will be taken into custody.