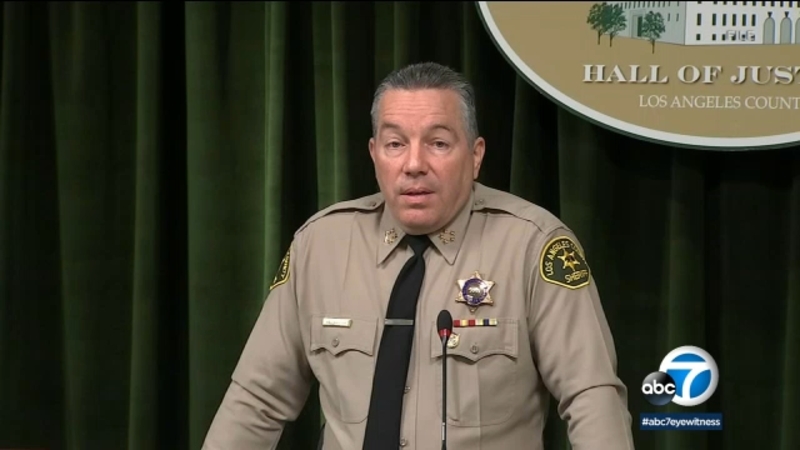 Villanueva must testify under oath about 'deputy gangs,' judge rules

LOS ANGELES (CNS) -- Sheriff Alex Villanueva will have to appear before the Office of Inspector General and answer questions about so-called deputy gangs while under oath and with his testimony transcribed by a court reporter, a judge ruled Monday.

"He should testify under oath and I'm ordering him to do so,'' Los Angeles Superior Court Judge Malcolm Mackey said in denying a motion by Villanueva's attorney, Linda C. Miller Savitt, to quash the subpoena.

Savitt argued the sheriff has always been willing to voluntarily appear before the OIG, but was challenging the magnitude of the OIG's subpoena power. She said Villanueva does not believe Inspector General Max Huntsman should be "whipping out subpoenas because he thinks he can so he can grandstand.''

The judge disagreed with her argument.

"It doesn't make sense, let's get it out,'' Mackey said in ordering that a date be set for Villanueva's appearance within 21 days.

Los Angeles County Sheriff Alex Villanueva is offering to have his deputies help the LAPD remove homeless encampments off the streets of Hollywood.

"These subpoenas are political theater and, if successful, I will be the first elected official subjected to this heavy-handed abuse of power,'' Villanueva said. "I seek a remedy in the appellate court to establish a fair process going forward where the rules and standards are clear for all sheriffs and boards of supervisors throughout the state in dealing with the newtransparency laws should they find themselves in similar disagreement.''

Huntsman said he subsequently suspended the proceeding so that the county could seek the relief sought in the current petition.

In his court papers, Harvinder S. Anand, an attorney representing the county, said the OIG issued a subpoena to Villanueva in February 2021 to testify regarding the "important topic of deputy secret societies'' in the sheriff's department.