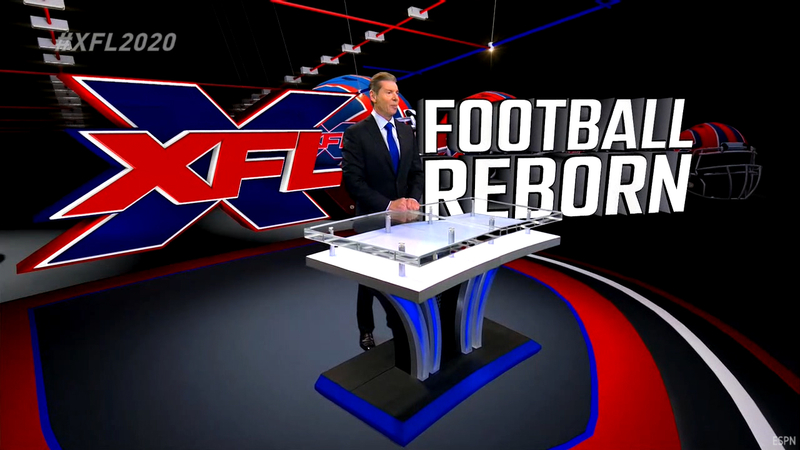 WWE chairman and CEO Vince McMahon announced the return of the XFL, a "reimagined" football league with shorter games that would "have nothing to do with politics."

"We want really good football, and I think that's what fans want as well. When they tune in, I don't know if they want to be dealing with political issues and things of that nature," McMahon said to reporters during the league's official announcement.

This is football reimagined. This is the XFL. Watch the official announcement — LIVE NOW! #XFL2020 https://t.co/KFX5oLmkHw

When asked about players standing for the national anthem, McMahon said, "I think, again, it's a time honored tradition to stand and appreciate the national anthem with any sport here in America, and for that matter, in any country they do that, so I think it would be appropriate to do that."

McMahon said the rules for political and social expression will be clear prior to players and coaches joining the league. He also said the league will consider the "quality of human being" when inviting players to the league. Any person with a criminal record, including a DUI, will not be allowed to join the XFL, according to McMahon.

Despite his family's relationship with President Donald Trump, McMahon told reporters he has "no idea whether President Trump will support this." McMahon's wife, Linda, serves as the administrator of the U.S. Small Business Administration for Trump.